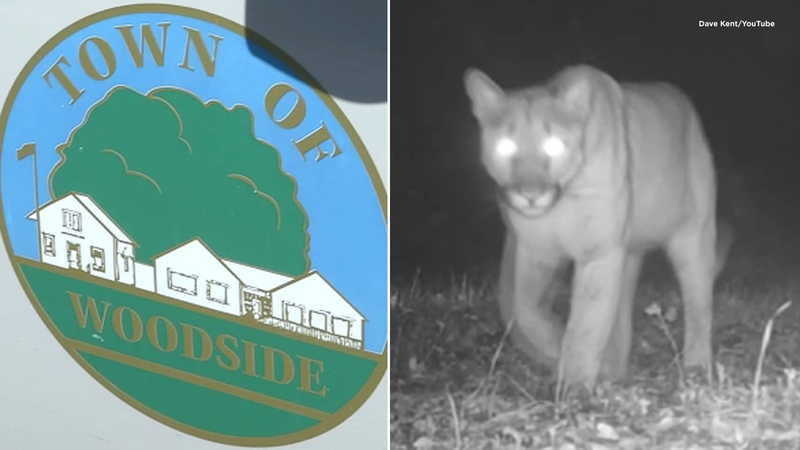 WOODSIDE, Calif. (KGO) -- The planning director for the wealthy Bay Area town of Woodside says it can't comply with a new California law that allows construction of two-unit housing in areas zoned for single-family homes -- known as SB 9 projects -- due to mountain lions in the area.

RELATED: In one of Bay Area's wealthiest cities, residents push back against mixed-income housing proposal

According to the SF Chronicle, the town official says state law does not allow for building permits to be issued as long as the mountain lion is a candidate for the endangered species list in the Central Coast habitat, which Woodside is a part of.

"Given that Woodside - in its entirety - is habitat for a candidate species, no parcel within Woodside is currently eligible for an SB 9 project," Woodside Planning Director Jackie Young said in the memo.

"I honestly rolled my eyes. I'm all for mountain lions but there are mountain lions in a lot of places," said California Senator Scott Weiner. He co-sponsored the bill which aims to alleviate the state's housing shortage.

Non-partisan Public Policy Institute of California reports the state needs 3.5 million housing units by 2025. The bill allows homeowners to split their lots in two to build two additional units on each.

The average home price in Woodside? Just about $5 million.

Despite speaking to a number of residents who admitted their wealth and affluence, none wanted to go on camera to discuss their views on the issue.

Doorbell video shows one mountain lion dragging the other down Hastings Road in Belmont around 4 a.m. Wednesday.

One resident, who is actually building an accessory dwelling unit on another home he owns in the Bay Area agreed to comment on the subject.

"That's NIMBYism in Woodside. It's everywhere it's not limited to Woodside, but the wealthy can hire lots of attorneys and they can push this for a long time," said the resident.

Richard King, a Wildlife Biologist says there is a proposal to put mountain lions on the threatened species list in the area South of Santa Cruz. But the concerns aren't immediate.

"Female lions would make more kills more often if they're in a high-density area...it can trickle down and take its toll down the road," said King.

Whatever the reasoning, Senator Weiner says by not participating, Woodside can open itself up for lawsuits.