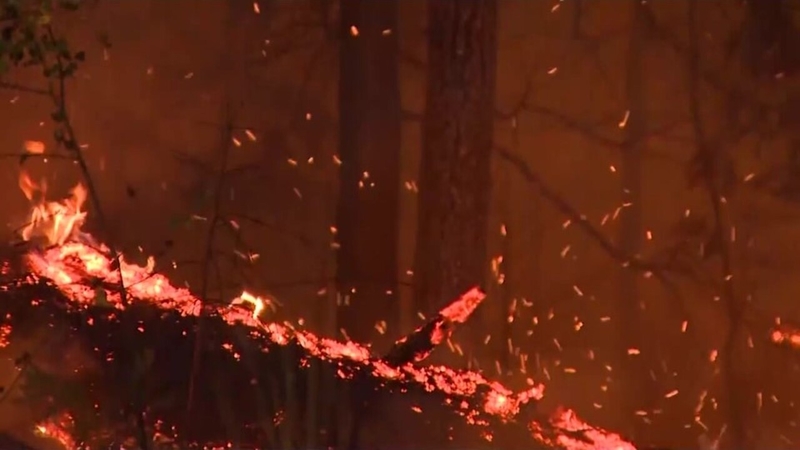 SAN FRANCISCO (KGO) -- For climate researcher Kaitlyn Weber, the fires roaring through the gold country are both a personal and professional challenge.

"To see those pictures that first came out from the Caldor Fire it was very shocking. It was hard, it was heart wrenching," she said.

Weber grew up in and around Pollock Pines and Happy Valley, just down the road from the community of Grizzly Flats, which has now been left in ashes. But in the months leading up to the fire, she was working to understand the forces that can help unleash this kind of devastation, a combination of factors collectively known as fire weather.

"So a fire weather day has three elements happening altogether. You have hot temperatures, you have dry air, and you have very fast winds," explained Weber.

Weber and colleague Andy Pershing, Ph.D., are with the weather nonprofit Climate Central. In a newly released report, the group documented the increase in fire weather days, driven in part by factors such as climate change.

"And the big story here, and this was a bit of a surprise for me, it's really the dryness. It is the lack of humidity in the air that's leading to elevated fire risk throughout the west, but especially in California," said Pershing.

The study tracked data from individual weather stations, stretching back to the 1970s. The data was broken down into areas with similar climate features, boundaries known as climate divisions. And of the top hotspots, the study singled out two in Northern California experiencing the some of the highest percentage increases in the number of fire days. A large swath, east of the Bay Area that includes towns like Grizzly Flats and Paradise and the epicenters of fires with now familiar names like Caldor and Dixie.

She says that percentage change can add up to a one to two weeks of extra fire days per year depending on location. And while the specific cause of a fire can always vary, factors like the drought and climate change have likely played a part in making the landscape far more volatile.

Decades of change that researcher Kaitlyn Weber can now track with both measurements along with her childhood memories.

"It means these weather conditions are coming together more frequently, and that's putting us in a lot more danger than we would be if the weather was different," she said.

The study also found that long-term warming is drying out soil in parts of California. That's led to plants and forests releasing less moisture into the atmosphere contributing to fire weather.