KGO
By Laura Anthony
OAKLAND, Calif. (KGO) -- The East Bay was covered in a layer of sleet Monday morning as an unusual wintry mix of weather hit the Bay Area in April.

He's lived in his Redwood Road home for 14 years, but has never seen something as sudden and powerful as this morning's hailstorm in the Oakland Hills.

"This was unbelievable, just like pea-shaped," he said. "I had to take the dog for a walk and I was sliding down the driveway, holding on to the railing."

Redwood Road was blanketed with hail, which happens to be a major thoroughfare leading up to Skyline High School and Merritt College.

"It was everywhere, and I was like, I hope it doesn't break my windshield cause it coming down really hard," said Nikysha Parker, who was caught in the storm that left dozens of cars basically paralyzed on Redwood Road.

Hail covered highways and streets in the Bay Area and snow as a spring storm moved through Northern California. Here's a look at some of the best videos from ABC7 viewers.

"There was so much of the hail, (it caused) slushy, icy, slippery conditions," said Officer Johnna Watson with the Oakland Police Department.

"We had a gentleman out here with a 4-by-4 and he was using it was a shovel to clean some hail from underneath the tires," explained Watson, who said she and other officers also used their boots to push the slush away from the tires of several vehicles.

City of Oakland crews even came through the area, spreading dirt on the roadway, trying to provide enough traction for the cars to move along.

Despite all the problems created by the sudden burst of hail, many seem to relish the rarity of such an icy event in the East Bay in the middle of April.

"I was like what is this hail storm? "It was absolutely mindblowing," said Oakland resident Meghan Kilgallen. "It was so cool." 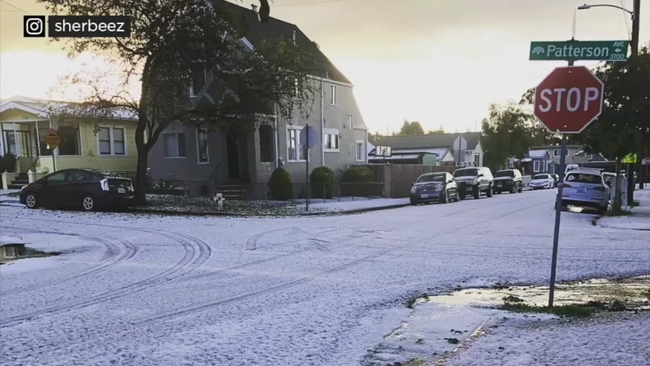 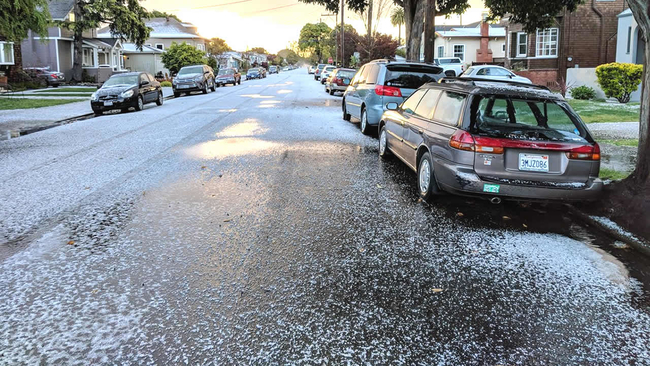 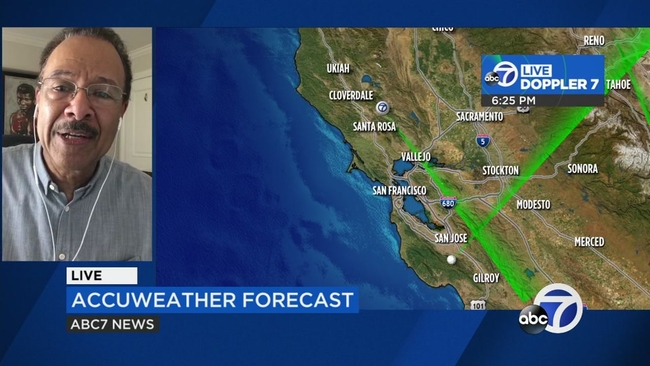 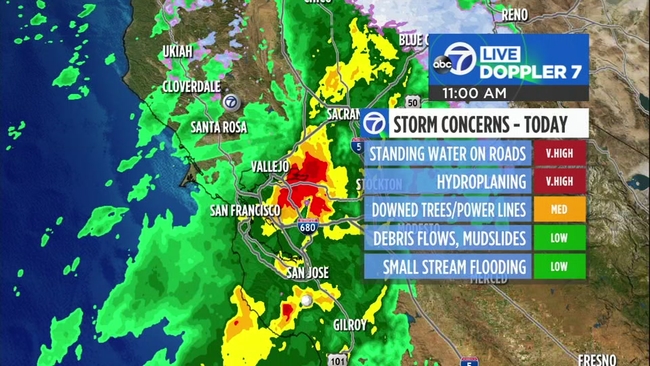