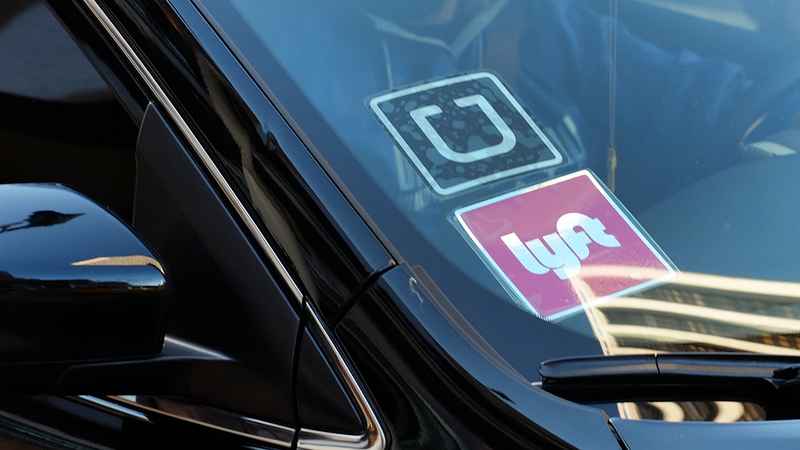 SAN FRANCISCO (KGO) -- Some rideshare drivers feel unfairly blamed for traffic congestion in the Bay Area, so ABC7's Kristen Sze went in search of their perspectives.

First we hit the streets to get an unscientific count on rideshare vehicles. We staked out Bush and Taylor in downtown San Francisco for about a half hour and found that in just one traffic cycle, you can see eight out of nine vehicles passing by had Uber or Lyft stickers. On average, nearly 40-percent of the vehicles were rideshare vehicles.

We also spotted a few traffic infractions such as driving in the red bus lanes or stopping in the pedestrian crosswalk.

We took a few rides to talk with drivers about their experiences in the city.

Alexandra Johnson was born and raised in San Francisco and lives in Sacramento now. We asked why she comes all the way back to the Bay Area instead of driving in Sacramento.

"It's just more economical. I can only spend a few hours out here and go back home and still make income that I'd make out there," she said.

She doesn't think it's fair rideshare drivers are taking the blame for traffic congestion.

"If there was no rideshare, you'd still have all the same amount of taxis. If anything, it's all the companies moving in and all the people coming to work for the companies," she said.

Alexandra says the company does not train the drivers on traffic laws other than rideshare rules at the airport. She would welcome that.

She also welcomes the recent increase in traffic control officers on Market Street to help prevent jaywalking and usher more cars through the intersection.