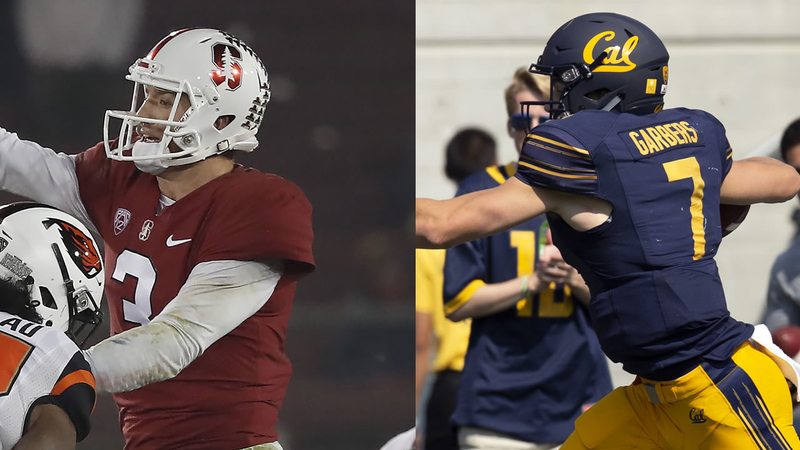 BERKELEY, Calif. (KGO) -- Fans of the annual Big Game between Cal and Stanford are being thrown for a loss the weekend.

Smoke in the air has forced officials to postpone the game from Saturday, Nov. 17 to Saturday, December 1. Also, high school football playoff games scheduled for Saturday are being postponed for the same reason.

Cal Athletic Director Jim Knowlton says they spent days looking at different options, but when push came to shove, the air was just too bad.

Saturday's Big Game between Cal and Stanford now postponed to Dec 1 because of smoke in the air. pic.twitter.com/X0VFsS2iZy

"Once we realized that the air quality would not likely return to acceptable levels, we decided to postpone for the health and safety of our students athletes," he said.

Cal student Grace Barrera-Ruiz was not happy. "The smoke has ruined this. It's ruined the big game."

Not only did Grace buy tickets, she invited her best friend up from Texas to join her.

We caught up with another out of town visitor -- Sreekar Volati from Toronto -- who bought big game tickets shortly before the postponement was announced. But he was already thinking about Plan B.

"The other plan was to explore San Francisco and Berkeley. But there's advisories all over the place saying we should stay inside," he said.

And it's not just college football, the North Coast sectionals had a full slate of playoff games set for Saturday. Now 18 teams who were pumping themselves up for competition have an extra week to wait.

NCS Commissioner of Athletics says their games have been postponed until Saturday, November 24.

"Air quality is just too poor. Many of our members have closed their schools. They're not even in school today."