Packers vs. 49ers: Here's a brief history of their storied NFL playoff rivalry 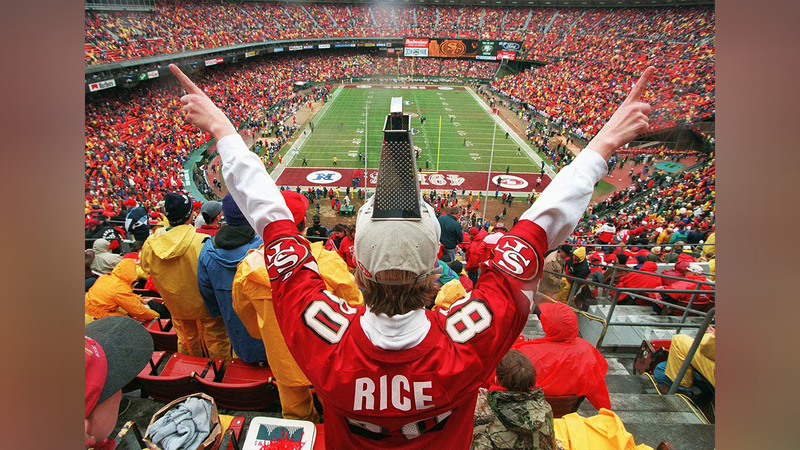 SAN FRANCISCO (KGO) -- The San Francisco 49ers and Green Bay Packers are two of the NFL's most storied franchises with a combined nine Super Bowl wins. The Packers owned the 1960s while the 49ers owned the 1980s but they never met in the NFL playoffs until the 1990s.

This kicked off a rivalry that produced unforgettable finishes and often announced the arrival of a new member of the NFL's hierarchy.

The two franchises also have numerous links between coaches and players which only adds another layer.

Here's a look at their storied rivalry.

The inaugural playoff meeting between the Packers and 49ers happened at Candlestick Park in the divisional round of the playoffs.

The Niners entered the game as the defending champions and a trendy pick to make it to the Super Bowl again.

The Packers were on the rise, this was their third straight playoff appearance, but they had not made it to the conference championship game since 1967.

Both teams were known for their offense, but it was Green Bay's defense that would get things started. On the 49ers' first offensive play of the game, Steve Young completed a pass to Adam Walker, Walker fumbled, and the Packers returned it for a touchdown.

Then Brett Favre and the Packers' offense took over. Favre led the Pack on consecutive touchdown drives and by the middle of the second quarter, it was 21-0 Green Bay.

The 49ers would finally get on the board with a field goal to make it 21-3 at halftime.

San Francisco took the opening kickoff of the second half and marched down the field with Steve Young capping the drive with a short touchdown run to cut the lead to 21-10.

But on this day, the Packers had all the answers, adding a pair of field goals to stretch their lead to 27-10 in the middle of the fourth quarter.

The 49ers would find the end zone again, but it was too late. The Packers advanced to the NFC Championship Game with the 27-17 victory.

The teams would meet in the playoffs the following season, this time at Lambeau Field in Green Bay.

The Packers entered the game as the overwhelming favorite to win the Super Bowl while the 49ers limped into the game with Elvis Grbac as quarterback. Steve Young got injured during the previous week during a win over the Philadelphia Eagles in the wild card game.

On a muddy field, it was the Packers' special teams that would strike first. In the first quarter, Desmond Howard returned a punt 71 yards for a touchdown to open the scoring.

Green Bay again built a 21-0 lead in the second quarter with the help of another long punt return by Howard, but the 49ers would rally.

San Francisco cut the lead to 21-14 after a blunder by the Packers on the opening kickoff of the second half.

That's as close as the 49ers would get.

Green Bay scored two unanswered touchdowns to win it 35-14. The Packers would go on to win the Super Bowl, while this turned out to be George Seifert's last game as 49ers head coach.

The 49ers and Packers would meet in the playoffs for the third consecutive season, but this time the winner would be going on to the Super Bowl.

The Niners had home field advantage, despite both teams having 13-3 records during the regular season.

At a rainy Candlestick Park, the Packers defense dominated the game, holding the 49ers without an offensive touchdown.

Brett Favre and the Green Bay offense were methodical and grabbed a 3-0 lead in the first quarter and never looked back.

Green Bay scored a touchdown late in the fourth quarter to push the lead to 23-3 and the 49ers returned the ensuing kickoff for a touchdown for the final points.

The Packers won the game 23-10, but would come up short in their attempt to repeat as Super Bowl champions, losing to the Denver Broncos.

The teams would meet for the fourth postseason in a row, but this time in the wild card round in what would become a classic.

The scene was once again Candlestick Park. And if you believed the rumors, there was a whole lot more on the line than advancing in the playoffs.

Packers head coach Mike Holmgren had led the Green Bay resurgence, but before that, he was the 49ers' offensive coordinator.

Steve Mariucci, who was the 49ers' head coach, had been on Holmgren's staff in Green Bay.

Green Bay's three straight playoff victories over the 49ers had led to speculation San Francisco wanted to bring back Holmgren and the coaches were dueling for the job, winner-take-all.

This turned into a back and forth affair with six lead changes and numerous miscues by both teams.

The 49ers held a 23-20 lead in the fourth quarter, but Brett Favre would rally Green Bay.

He took the Packers 89 yards, hitting Antonio Freeman with a 15-yard pass to take a 27-23 with two minutes left in the game.

Steve Young would answer, but there would be controversy on the final drive.

Jerry Rice made his first catch of the game, fumbled the ball, and the Packers recovered it.

This would have sealed the game for Green Bay, but the referees ruled Rice was down and the 49ers kept the football.

Replays, however, showed it was a fumble. But instant replay was not available like it is today, so the call stood.

Young then made one of the most memorable plays in 49ers history that is often referred to as "The Catch II."

With eight seconds left he took the snap on the Green Bay 25-yard line but stumbled as he dropped back to pass.

He quickly regained his footing and fired the ball into the end zone to wide receiver Terrell Owens.

Owens had a terrible day up until that point, dropping numerous passes, and one of the balls he did catch he fumbled.

He would come down with this one, setting off bedlam at Candlestick Park.

Owens was in tears as he walked off the field and the 49ers finally beat the Packers in the playoffs. The final: 30-27.

It turned out this was Mike Holmgren's last game as the Packers coach as he stepped down and to take the same job with Seattle Seahawks.

It would be three years until the teams would collide again in the playoffs.

They met in the wild card game at Lambeau Field, both teams entered with 12-4 records.

Offense was hard to come by as the 49ers led 7-6 at halftime behind a Garrison Hearst touchdown run.

Brett Favre would spark the Packers in the third quarter, directing two scoring drives to put Green Bay up 15-7 entering the final quarter.

49ers quarterback Jeff Garcia found Tai Streets for a touchdown and they hooked up again for a two-point conversion to tie it.

The Packers would respond with a field goal to take the lead and then sealed the game after Garcia had his pass picked off in the end zone.

Green Bay marched down the field with Ahman Green scoring on a 9-yard run to provide the final points in the 25-15 win.

The Packers would fall the next week to the St. Louis Rams.

RELATED: How Kyle Shanahan and the San Francisco 49ers have weaponized the team's history

It would be 11 years before the 49ers and Packers would meet again on the NFL's biggest stage and this one featured a record-breaking performance.

The Niners went into Green Bay and won the regular-season matchup and rematch would happen at Candlestick Park.

The game turned into a shootout with the teams trading big play after big play.

Colin Kaepernick started slowly but would turn in the performance of a lifetime as he shredded the Packers defense with his arm and his legs.

Not to be outdone was Aaron Rodgers, the Packers quarterback was also sharp and at the end of the first half, it was 24-21 49ers.

After Green Bay tied the game at 24 midway in the third quarter, Kaepernick had the signature play of the game.

The 49ers quarterback called his own number and took off on a 56-yard run for a touchdown that sent Candlestick into a frenzy.

The Niners would blow the game open from there, building a 45-24 lead in the fourth quarter.

Kapernick set a record for quarterbacks, rushing for 181 yards in the 45-31 win. The 49ers would win the next week in Atlanta to advance to the Super Bowl.

The 49ers and Packers met the following season, but this time at a frigid Lambeau Field. The temperature was 5 degrees at kickoff!

The game heated up in the final period.

The Packers grabbed a 17-13 lead on a short run by John Kuhn.

Rodgers took the Packers down the field but their drive stalled and they had to settle for a field goal to tie the game at 20.

The 49ers would get the ball back with a little over five minutes left and methodically went down the field as Kaepernick leaned heavily on Frank Gore.

Phil Dawson drilled a 33-yard field goal as time expired to give San Francisco a 23-20 win.