KGO
By Chris Nguyen
SAN FRANCISCO (KGO) -- Bay Area billionaire and NextGen American founder Tom Steyer announced Wednesday he would not be throwing his name into the race for president.

However, what he plans to do instead, is certainly drawing some attention.

After years of toying with the idea of pursuing public office, Steyer said he'll now put all of his time and energy into trying to get President Trump impeached.

RELATED: Tom Steyer stops in Oakland to call for impeachment of President Trump

"The debate over whether or not grounds for impeachment exist is over. He met the criteria long ago," said Steyer during a town hall meeting in Des Moines, Iowa late Wednesday afternoon.

Steyer plans to spend at least $40 million in 2019 to fund his "Need to Impeach" campaign.

His team plans to hold town halls nationwide, organize a summit in Washington D.C., and also launch a public education initiative on impeachable offenses and the impeachment process as a whole.

Official announcement from Bay Area resident and @NextGenAmerica founder @TomSteyer re: his decision to NOT run for president in 2020. #politics https://t.co/f3aARC6Q7v


The philanthropist's decision comes as many Democratic contenders are exploring bids, including California Senator Kamala Harris, who appeared on CNN earlier in the day.

"The people of our country are smart people who will make decisions about who will be their leader based on who they believe is capable, who they believe has an honest desire to lead, to represent, to see them, to be a voice for them," said Harris, who served as California's attorney general prior to being elected to the Senate in 2016.

RELATED: Where some potential 2020 candidates stand following the midterms

All eyes are on the Democratic Party ahead of the 2020 primary season.

"I assume that she will do so, in a timely manner, so as to not to be cluttered with the 20 other people who are going to run," said Brown.

Political strategists say the candidates will have to find ways to stand out from the rest of the pack.

"The question will be how do you differentiate yourself? That's the big question that observers ask in any primary, so it's message, it's money, but it's also a compelling personality," said Republican strategist and Hoover Institution fellow Lanhee Chen. "I think in this day in age, the personality piece is increasingly important." 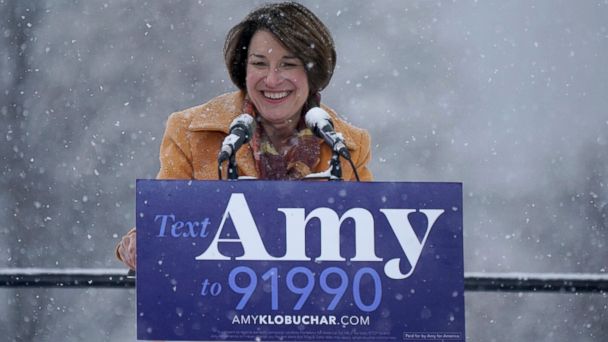