7 On Your Side: Woman loses wedding photos at Apple Store 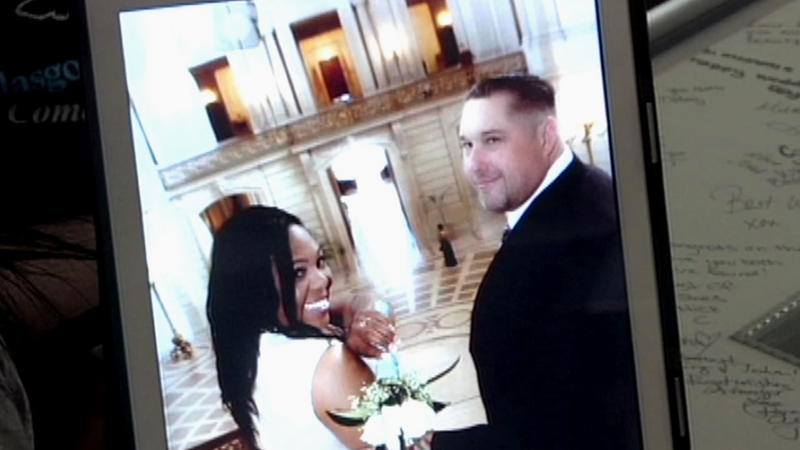 7 On Your Side: Woman loses wedding photos at Apple Store

SAN LEANDRO, Calif. (KGO) -- In the old days you needed a camera and film to take a picture. Today it's as easy as whipping out a smartphone, but it is just as easy to delete them.

Many of us store pictures on our phones, but how safe are those digital photos? A San Leandro woman found out, one wrong move can send precious memories into oblivion.

Ingrid and John Shea took pictures when he proposed and more at their wedding at San Francisco City Hall. The only copies of those photos were stored on her iPhone, so Ingrid decided to back them up for safekeeping.

Ingrid recalls, "So I told my husband, 'Honey, I'm going to the Apple Store."

She figured the Apple Genius Bar could store them safely in iCloud.

Ingrid went there and asked an employee there "'Can you assist me with this?' 'Oh yeah, sure no problem. I got this.'"

However, the technician was having trouble. Hours later, a manager was examining her phone.

She took back her phone and then she got a horrible shock. She said, "'Oh, my God!' I said, 'My pictures are gone! I think I'm about to have a heart attack.'"

The technicians had somehow deleted all of her wedding photos and thousands more.

"All of a sudden you just hear a scream and a cry and everybody was kind of silent," Victoria McGraw, Ingrid's daughter, said.

Victoria was there when her mom cried out in the store. There was no way to get those pictures back.

Apple gave her a couple of free backpacks, but Ingrid says that was nothing near what she lost. She says they took a moment of her life she couldn't get back.

Ingrid contacted 7 On Your Side to warn all of us this can happen even at an Apple Store.

"I'm afraid to take any pictures on my phone now because they're not being accountable for what they've done," Ingrid said.

Apple did not explain what went wrong that day, but tells us: "After looking into this issue, we're reviewing our in-store procedures to determine if we can make any further improvements."

The only consolation is that Ingrid had posted two of those wedding pictures on Facebook. Now, they are the only ones they have left.

"I had to take one for the team, but I hope this never happens to anyone else," Ingrid said.

The Apple technicians told her they used the Find My iPhone feature while trying to back up the pictures. She believes that wiped the photos off her phone.

Click here for information from Apple on how to back up your data in iCloud. However, you may want to make copies first.