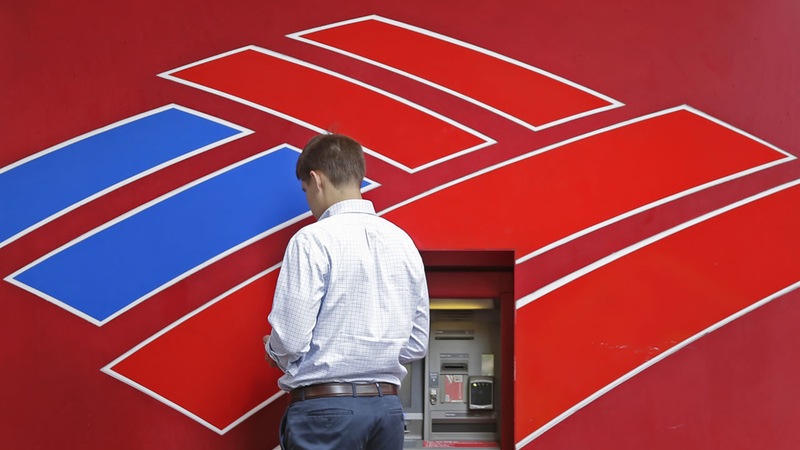 SAUSALITO, Calif. (KGO) -- Karen and Lindsay Leveen of Sausalito had been victims of bank fraud once before. So when they found almost $2,000 missing from their checking account, they thought it happened again. The real shock? Finding out who actually took their money.

"We were horrified,'' Karen Leveen said. "We said, 'this is like stealing.'''

They realized their money was gone when they tried to use their debit card at a retail store.

"They said this card won't cover your purchase and we said, 'why?' We thought they were joking." Karen Leveen recalls. "There should be plenty of money in there."

"We thought somebody had drained our bank account," Karen said. "We became alarmed and went to the nearest (bank) branch."

A manager at Bank of America confirmed someone had just withdrawn $1,956 from their account. But what really stunned them was when the bank manager went to his computer and found out who took it.

It was true. Bank of America had just taken nearly $2,000 out of their account.

"We were shocked,'' Karen recalled. "We said, 'why would you take this sum of money from our account, particularly this large sum?'"

It turns out the bank used the money to pay off the balance on the couple's Bank of America line of credit. But why? The couple had been paying off the loan with automatic debits every month, and planned to keep paying.

Bank of America claimed their payment plan had expired and the couple failed to renew it as required every year.

"And therefore it puts you in default,'' Karen said, citing the bank's explanation. "And they're allowed by some fine print to take all the money that's in your account to cover the rest of the money that you were owing.''

"We were saying, 'well you can't just suddenly take (all the money),''' Lindsay said.

The couple pointed out the bank had been taking $92 payments every month for the past 11 months, and never took the 12th payment for the year. A printout of their payments confirms only 11 payments were taken.

The couple also says they didn't know they had to renew the automatic debits.

The branch manager called a corporate office in Delaware. Lindsay says an officer there told him he sent certified letters notifying them they needed to update the payment plan, and tried calling them but their phone had blocked the calls. Lindsay says they received no such notifications.

"We never got any certified letters and I have never blocked anybody from calling my phone,'' Lindsay said. "I was outraged. This is not the way you treat a customer."

The couple asked the bank to give back their money and put them back on the payment plan. The bank refused.

"So we thanked the bank manager and went to the Sausalito police that evening and filed a police report," Lindsay said.

"In our mind's eye, if someone is stolen from, where do you go? The police," Karen said. "We decided we were going to make a police report because basically someone stole our money."

Police turned them away saying their case amounted to a civil dispute with the bank, not a theft.

Karen contacted 7 On Your Side.

"I know who's going to do something that's going to be in our best interest and that's 7 On Your Side,'' Karen said.

7 On Your Side contacted Bank of America. The bank reviewed their case and agreed to restore the funds after all, saying: "We ascertained that the customers had not renewed their payment plan ...so we worked with them to set up a new payment schedule, and returned the funds we had offset."

Karen and Lindsay were relieved.

"We had a few days there where we were just so angry and feeling so misled ,'' Karen said "Thanks to 7 On Your Side we ended up getting a refund."

The takeaway? By law, banks do have the right to take money from your account to cover overdue payments owed to that bank. It's called a "right of offset." However, the law puts restrictions on taking certain types of funds -- like retirement or social security. Bank of America says the money it took did not include Karen's social security. If you owe your bank money -- find out what policies cause it to dip into your accounts.