As the NBA Finals heat up and demand for Warriors gear grows among fans, counterfeiters are out to take advantage.

SAN FRANCISCO (KGO) -- As the finals heat up, demand is growing really fast for Golden State Warriors gear and counterfeiters are taking advantage of that. Federal agents seized nearly 3,000 knockoffs in the Bay Area over the past two weeks, but more is out there. 7 On Your Side takes a look at how you can spot a fake.

Fake merchandise is not only illegal, but it tends to be of poor quality. Yet, it can look good on the shelves. So we put the real deal next to some counterfeits to see if shoppers could tell which is which.

You may have seen Warriors shirts and hats for sale under pop-up tents on street corners. Those items are in high demand, but the NBA's Anil George warns some of it could be fake.

U.S . Department of Homeland Security agents seized boxes of fake items from street vendors in Alameda County during the last two weeks. The t-shirts and hats look real, but they're not.

At the Team Store in San Francisco George puts two t-shirts side by side; one is real, one isn't.

On the fake t-shirt the label is cut, which is a sign it is a factory reject just stamped with Warrior logos. The real t-shirt has a NBA hologram sticker and an Adidas shirt label.

As for hats, George says, "You're looking at the quality of the NBA cap, the coloring, the stitching."

On the fake cap, the stitching is not neat. One the real cap, you can see the licensee label along with a hologram sticker.

We asked a customer in the store to identify the fake t-shirt and he guessed correctly. He says the graphics on the counterfeit shirt was the tip-off for him.

We showed a fake and real cap to another customer and she was able to guess correctly as well. She said, "I think this is the real one. It's heavier, it looks better."

George says you'll pay more for the real deal, but it's worth it. "You want a keepsake for your family. You want to make sure that you're not ripped off."

You will probably pay a lot less for counterfeit stuff, but the NBA and U.S. Customs officials say it is made cheaply. Colors bleed, the fabric tears and there are no controls on materials, so you don't really know what is in them. None of that is legal.

You might want to bleed blue and gold, but not in the washing machine. 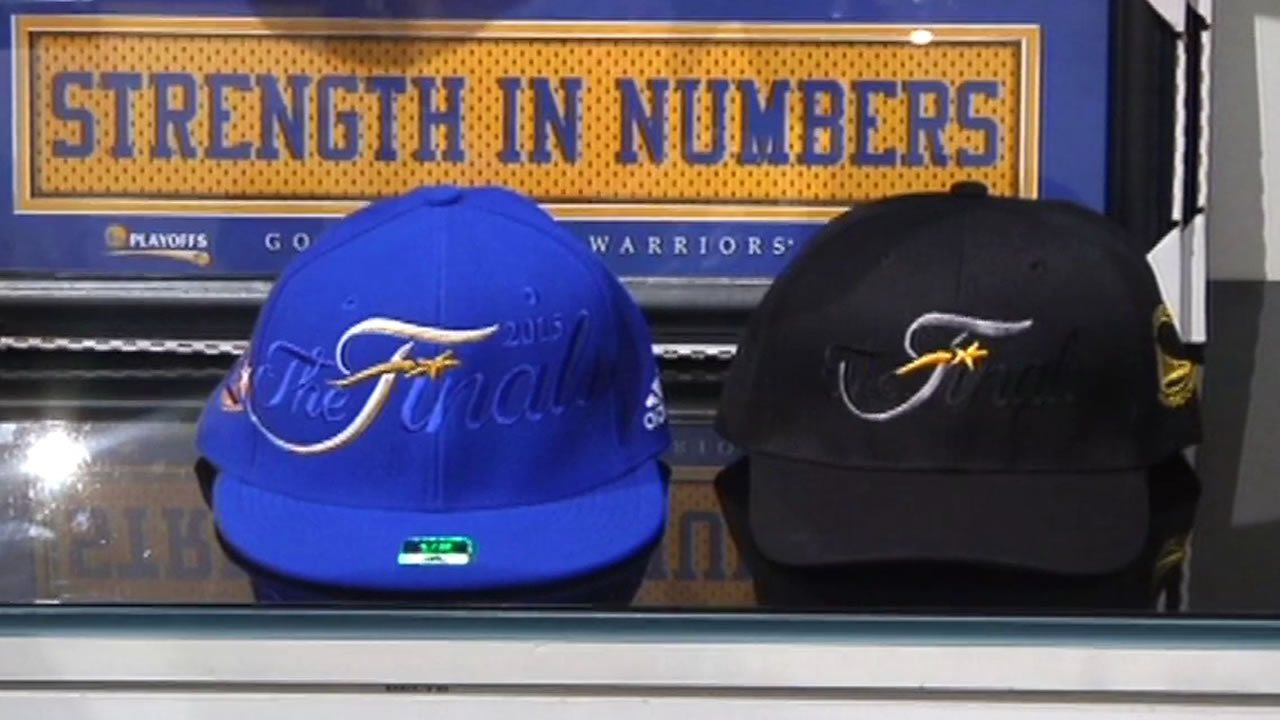