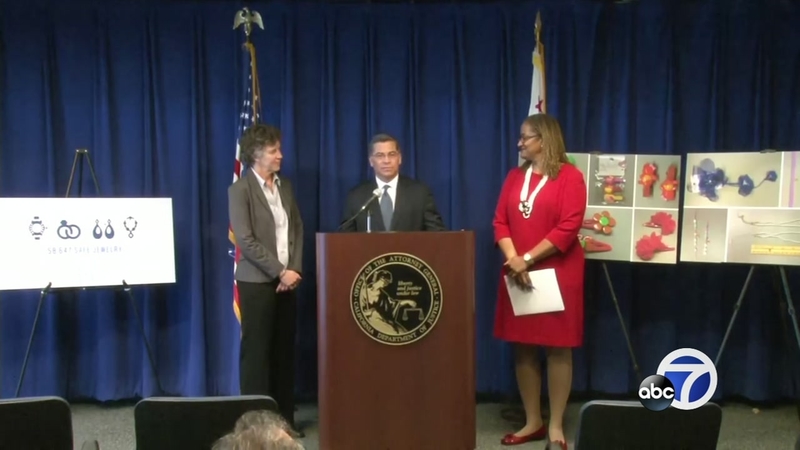 The San Francisco Board of Supervisors is scheduled to vote on the so-called "cashless business ban" bill today.

After being recommended by the Public Safety and Neighborhood Services Committee, the bill, Board of Supervisors File No. 190164: Police Code - Acceptance of Cash by Brick-and-Mortar Businesses, will go before the full Board of Supervisors for a first reading at today's 2:00 pm meeting.

RELATED: SF Board of Supervisors advances ban on 'cashless' stores

The bill would ban most stores and restaurants from having a "credit or debit card"-only policy for customers making purchases. The proposed law exempts food trucks, pop-ups, rideshares and many professional services. Supervisor Vallie Brown introduced the bill back in March, with nine additional supervisors currently co-sponsoring. The measure's supporters say cashless merchants discriminate against the poor by requiring credit or debit cards for purchases that many low-income residents can't afford or can't get.

On a related note, Amazon has just opened its first Amazon Go store that accepts cash.

The store is located in New York City, and is the first to break from Amazon's original design for the chain to be "cashless," shoppable only with a credit card or Amazon account.

There still won't be cash registers in the new store; employees will check customers out using a mobile device. Amazon allowed that this process may change. "This is how we're starting. We're going to learn from customers on what works and what doesn't work and then iterate and improve it over time," said Cameron Janes, who oversees Amazon's physical retailers.

Similar to what happened with the Amazon Go store in San Francisco, this change in retail strategy came from a backlash against "cashless" retailers. Critics say that stores that only accept card or app-based payment discriminate against the "unbanked" - customers who cannot or choose to not have bank accounts.

The actions were brought against five companies within Los Angeles and Santa Clara counties that sold jewelry that contained lead or cadmium above the levels legally allowed - sometimes at 1,000 times the limit. Some companies had claimed that their products were "lead-free." The settlement includes monetary damages and agreements to discontinue the use of lead and cadmium. The companies must also comply with heavy metals testing on their products, even if their original suppliers claim to be in compliance.

According to Scott Lichtig, Deputy Attorney General, most of the products were manufactured in China and imported by the companies, who acted as wholesale importers who then distributed the jewelry in the U.S.

The standards of California need to be raised for the sake of children, pregnant women, and those in modest-income communities, Attorney General Becerra said. He introduced State Senator Holly J. Mitchell (D-Los Angeles), who brought the Safe Jewelry Act (SB-647) to California legislature back in February. The bill is co-sponsored by Attorney General Becerra, and dramatically lowers the "allowable level of lead in jewelry marketed to older teens and adults from as much as 60,000 parts per million (ppm), to 500 ppm." The bill would also reduce levels of lead and cadmium in children's jewelry, and define "children" as those 15 years old and younger, instead of the current age range of six and under.

Dr. Gina Solomon, clinical professor of medicine at the University of California, San Francisco, also spoke at the press conference. She emphasized the need for prevention to avoid children's exposure to toxic chemicals, especially lead. Lead, she explained, mimics both calcium and iron and is readily absorbed by the body, especially in those who are deficient in those minerals. Once in the system, it can adversely affect kidney function, bone marrow, and the brain. Lead poisoning can result in lower intelligence, increased hyperactivity, and difficulty of controlling mood, according to Dr. Solomon.

The Consumer Financial Protection Bureau has proposed new rules that would change how debt collectors are allowed to contact consumers.

According to the CFPB, the proposal would "would provide consumers with clear protections against harassment by debt collectors and straightforward options to address or dispute debts."

Specifically, the CFPB is proposing a limit on the number of phone calls debt collectors can make to consumers (no more than seven calls per week), while allowing the collectors to contact consumers via "newer communication technologies" such as emails and text messages. The CFPB rule would require debt collectors allow consumers to opt out of these communications.

Critics of the proposal point out that there is no cap for the text and email communications, and have expressed concern over the potential for harassment. For their part, debt collection companies consider the new ability to use digital communications a victory, but have criticized the limit placed on phone calls.