ABC7 STARS: East Palo Alto mayor proving it's never too late to get a degree 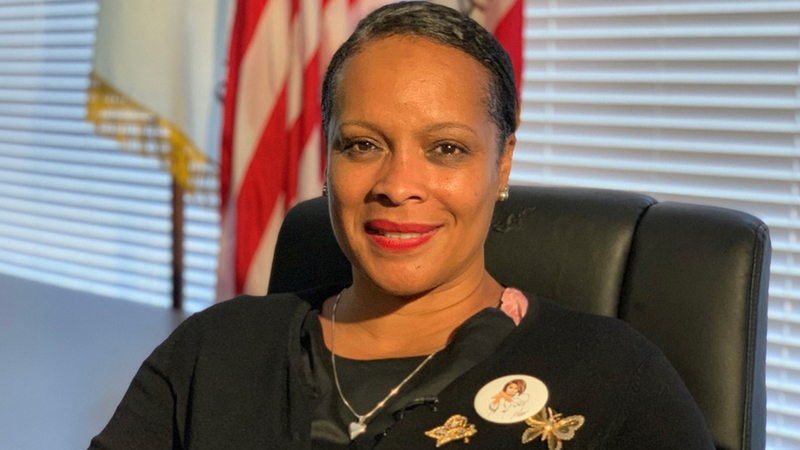 ABC7 STARS: East Palo Alto mayor proving it's never too late to get a degree

EAST PALO ALTO, Calif. (KGO) -- An East Palo Alto mom is making a difference in her community by showing them it's never too late to achieve your dreams and proves than an "education delayed is not an education denied."

Clad in a cap and gown, surrounded by friends and family, Lisa Gauthier's journey to the graduation stage took longer than she expected.

"I keep thinking...I know it's real...but it hasn't really settled in. The actual diploma hasn't come yet but once it's in the mail and I'll say this is really real!"

Because this East Palo Alto native and single mom of three didn't put herself first.

"I put my money into my children so that they would get their degree."

But despite not having her degree, her way with people, work ethic and deep roots in the community made her a strong candidate for mayor. But without that degree, she had her doubts.

"I thought to myself, I can't put myself out there without a degree. I didn't think anyone would take me seriously."

Gauthier is currently serving her third term as mayor. While on the outside, it seemed like she was thriving, there was still one thing missing.

"I wanted my degree-- as an elected official."

So when the online higher education platform Study.com came to East Palo Alto, offering 25 free online degrees through a program called Working Scholars, Gauthier jumped at the chance-- along with 250 people who applied.

Gauthier was accepted in 2018 and was able to despite a very hectic schedule, turn bite-sized lessons.

Gauthier was able to take those lessons and turn them into a bachelor's degree in 18 months. It's people like Gauthier who inspire Study.com's founder Adrian Ridner.

"I'm the first one in my family to graduate from college. It's so rewarding for me to pay it forward to others who don't have the opportunity."

According to Study.com, 33-million Americans have some college credit but no degree. Gauthier, so inspired by her experience now also works full time for the company. Hoping to inspire her community through leading by example.

"That's how I look at this opportunity. Education delayed but not anymore because I have arrived and I have made it."

One of Gauthier's sons who chose not to go to college saw her success and they are now taking some extra classes together-- as a family.

Take a look at more ABC7 Stars Where You Live