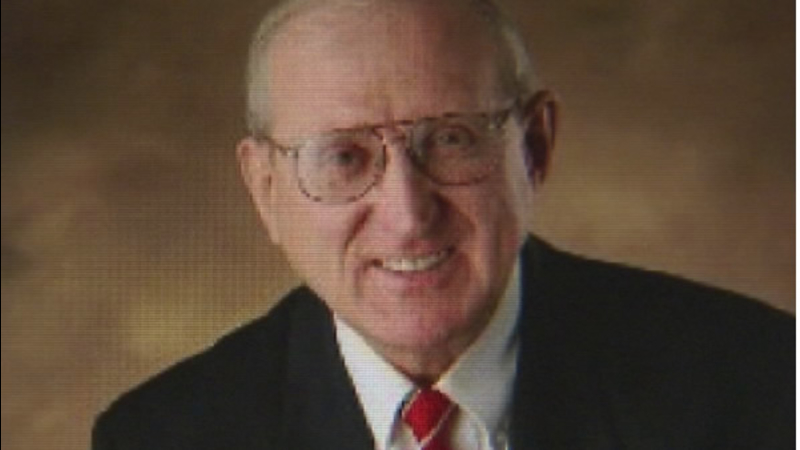 LYONS, Ill. -- The GOP nominee in Illinois' 3rd Congressional District is Arthur Jones, a self-proclaimed Nazi and Holocaust denier who was the only Republican to file for the office after the Illinois Republican Party unsuccessfully tried to recruit a candidate. He officially claimed the nomination after Illinois' primary elections Tuesday.

Many Illinois Republicans were embarrassed that the only GOP candidate in the primary for the 3rd Congressional District Jones is an admitted racist who has ties to neo-Nazi groups.

Jones won't give up; he ran as a Republican in the 3rd Congressional District for the seventh time. The 70-year-old retired insurance agent prides himself as a white supremacist anti-Semite who believes the Holocaust didn't happen.

Jones' website includes pictures of him at several neo-Nazi rallies. His outspoken views on Mexicans, Africans and gays are clearly spelled out as well.

In the 3rd District, Jones was the only Republican on the ballot for the primary, which poses a problem for the Illinois Republican Party.
"At this point, we just want to let everyone know we're disavowing this disturbed Nazi individual who is running as a Republican, who clearly has no place in our party or country," said Tim Schneider, Illinois Republican Party Chairman.
"I served in the Vietnam War, what have you done Mr. Schneider? If you are like all these others, you're a gutless wonder having the nerve to call yourself a political leader," Jones fired back.

Jones will face Democratic incumbent Dan Lipinski. In the past, the Illinois Republican Party has knocked Jones off the ballot with successful challenges. But this time, Jones was able to get enough viable signatures.

"I was very careful this time at getting these petitions. I went door to door, I spoke to 2,000 people to get 834 signatures," he said.

Schneider blames gerrymandering for the lack of credible Republican candidates in the 3rd Congressional District. He said the district is so Democratic it's difficult to find Republicans who want to run.