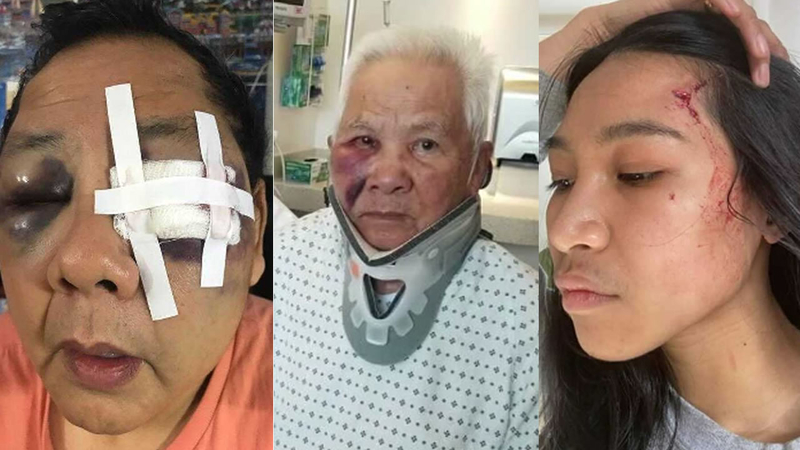 SAN FRANCISCO (KGO) -- In recent months, weeks, and days we've seen victim after victim of Asian descent attacked in the Bay Area. Now though there is a push to help those victims.

"How do we turn the corner and actually talk about the mental health of our community, cultural competency, victim compensation; all things that we are just starting as policymakers to have a conversation on," said State Assemblymember David Chiu of San Francisco.

Thursday a virtual town hall was held where California's crime victim advocates announced a 10-point plan with recommendations on how the state can better help crime victims, including Asian Americans who have been attacked.

"Even just in these last couple of days incidents have really just left a lot of fear, a lot of pain, and I think it is so important to uplift survivors and victims at this time," said one advocate during the town hall.

It doesn't matter how successful you are as an Asian American, chances are you've been stereotyped and harassed. Here are the powerful and painful stories that so many, as a collective, experience.

In many of these cases, victims are dealing with both physical and mental pain. Earlier this week ABC7 News covered the attack on Danilo Yu Chang along Market Street in San Francisco's Financial District. Chang tells us he had to go back to the hospital because his left eye hasn't stopped bleeding. It's victims like Chang that those at the town hall want to help.

"They would love to continue seeing the police presence in the community and in addition to our volunteers walking the streets that would help," says Carl Chan who is Oakland's Chinatown Chamber of Commerce President.

Also, help in the form of funds for those who can't work, pay their bills, get legal services, or even get treatment for physical and mental wounds. Olympic gold medalist and the Bay Area native Kristi Yamaguchi even taking to the national stage Thursday to address her concerns.

"Now it's also time for action and to find a solution. I want us to get back to where everyone feels safe and the walls of racism are broken down," said Yamaguchi.