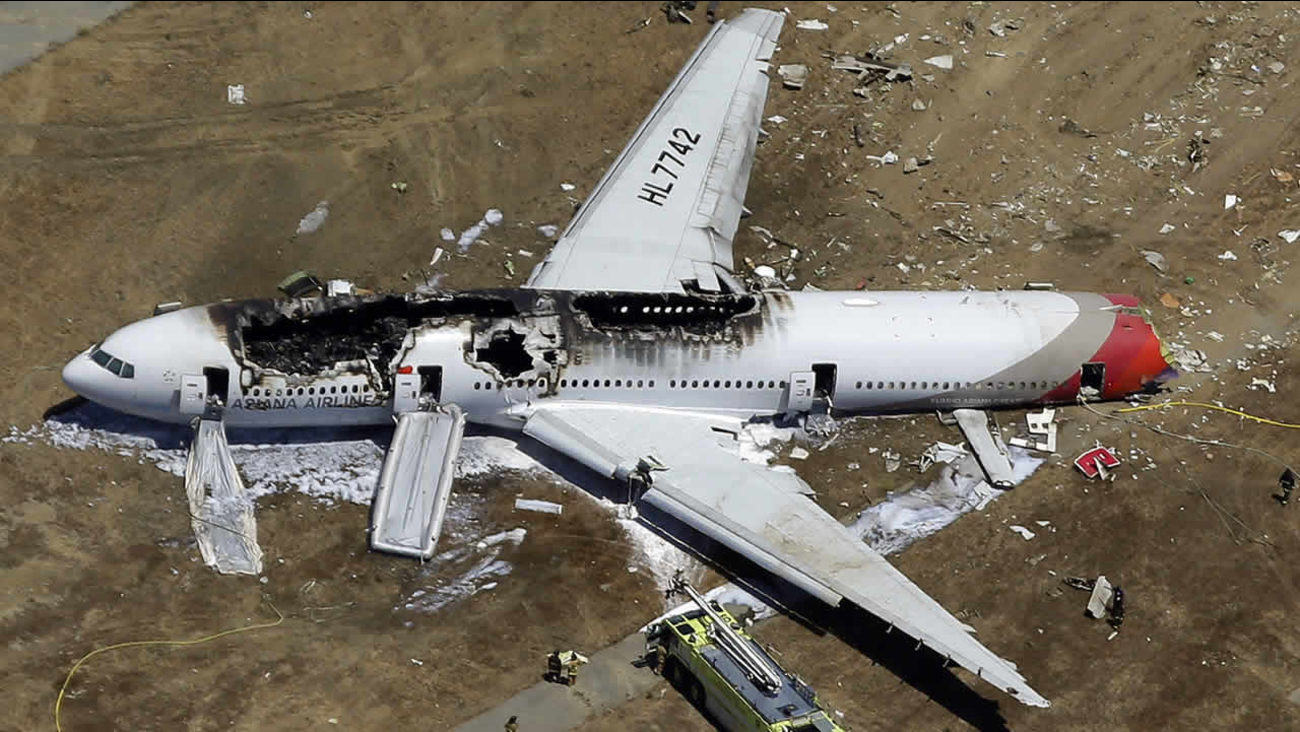 In this July 6, 2013 aerial photo, the wreckage of Asiana Flight 214 lies on the ground after it crashed at the San Francisco International Airport. (AP Photo/Marcio Jose Sanchez, file)

SAN FRANCISCO (KGO) -- The National Transportation Safety Board will issue its official findings Tuesday in the cause of the crash of Asiana Airlines Flight 214 at San Francisco International Airport last year.

Three teenagers were killed and more than 180 people injured when the plane hit a seawall while coming in for a landing.

Deborah Hersman, the former head of the NTSB, spoke to ABC7 News anchor Kristen Sze last week about what to expect from Tuesday's hearing.

But, she explained, they don't like to assign blame.

"They don't like to characterize it as assigning blame because generally you can't blame an accident one a single factor," Hersman said. "It's got to be a system of safety to help protect not just the pilots but also the passengers from events like this from occurring."

ABC7 News reporter Lilian Kim is in Washington for the hearing.