Banks closed 4,000 branches in 2021 as consumers turned to electronic banking 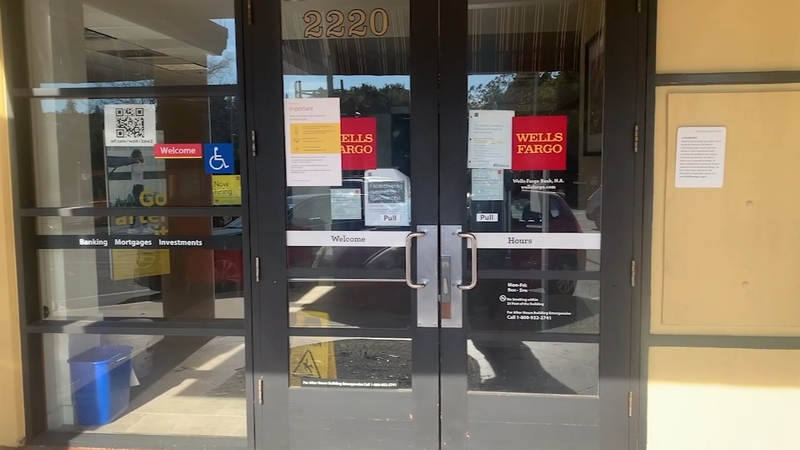 OAKLAND, Calif. (KGO) -- Maybe it happened to you, because it's certainly happening to more of us. Thousands of our banks this past year closed or reduced their hours.

ABC7 On Your Side's Michael Finney reports, change is definitely blowing in the wind.

The temporary closure of a Wells Fargo Bank in Oakland, for example, caught customers by surprise.

"I'm super annoyed and super irritated. This is a huge inconvenience and I wish something could be done about it," said Dondrea Morgan of Oakland.

The Oakland we visited branch did reopen, but is no longer open on Saturdays.

Bank of America shut down its Brisbane branch, leaving the small city south of San Francisco without any banks.

Chase turned off the lights at a branch in South San Francisco early in the pandemic, but it has since reopened offering a new set of services.

Beth Mills of the Western Bankers Association says that's a trend seen at other banks too.

"It's a little bit different where it's not where people are going to deposit checks and take money out, but rather go for financial services," she said.

Hours after Leonard deposited a $33K cashier's check at a California Bank of America, the branch was closed, with his deposit nowhere to be found.

James Wilcox is with the Haas Graduate School of Business at UC Berkeley.

"Banks have been closing branches on balance at least for a dozen years," he said.

The pandemic certainly accelerated the pace of closures, but increased use of mobile apps coupled with competition from online banks such as Ally and payment systems such as Paypal, certainly played a role.

"If we can do more and more of our financial transactions faster, whenever we want to do them, conveniently, cheaper, it makes the whole industry be more efficient," Wilcox said.

The Western Bankers Association says those most resistant to change are senior citizens, but banks will take the time to show them how it's done.

"Some of it just may be a learning curve, that they're not sure how to go about doing that. So we're here to help them do that as well," said Mills.

The Bankers Association tells us that on average, there's a bank every half mile. Branches are not going away completely, but the services you find in each branch will be different in the future.