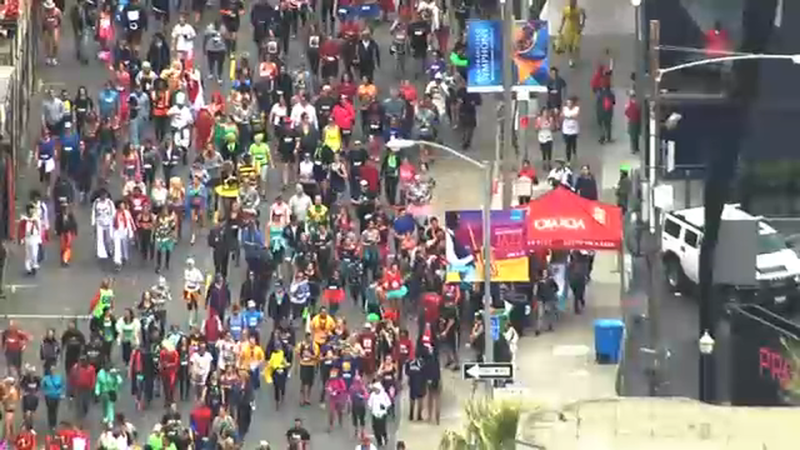 SAN FRANCISCO (KGO) -- San Francisco's Bay to Breakers race will now award non-binary runners for Sunday's race. Organizers acknowledged they "made a large oversight" in their awards plan, the race's parent company confirmed Friday following a report on the controversy by SF Gate.

This is an update to our previous report. Read our earlier coverage below.

Bay to Breakers returns to San Francisco this weekend for the first time since 2019.

There's a new controversy surrounding the race held in a city known for its inclusivity, following Thursday's report that the founder of the company that puts on the race made political donations to several controversial Republican lawmakers.

SF Gate reports awards will not be offered to non-binary runners.

They can register for the race as non-binary, but awards will only be presented to the top male and female finishers.

The CEO of the event group told SF Gate that after every race, it aims to make improvements based on customer feedback and that it looks forward to finding ways to continue making Bay to Breakers better in the future.

It's worth noting that the majority of races are struggling with this issue right now, and currently don't have prizes specifically for non-binary competitors.