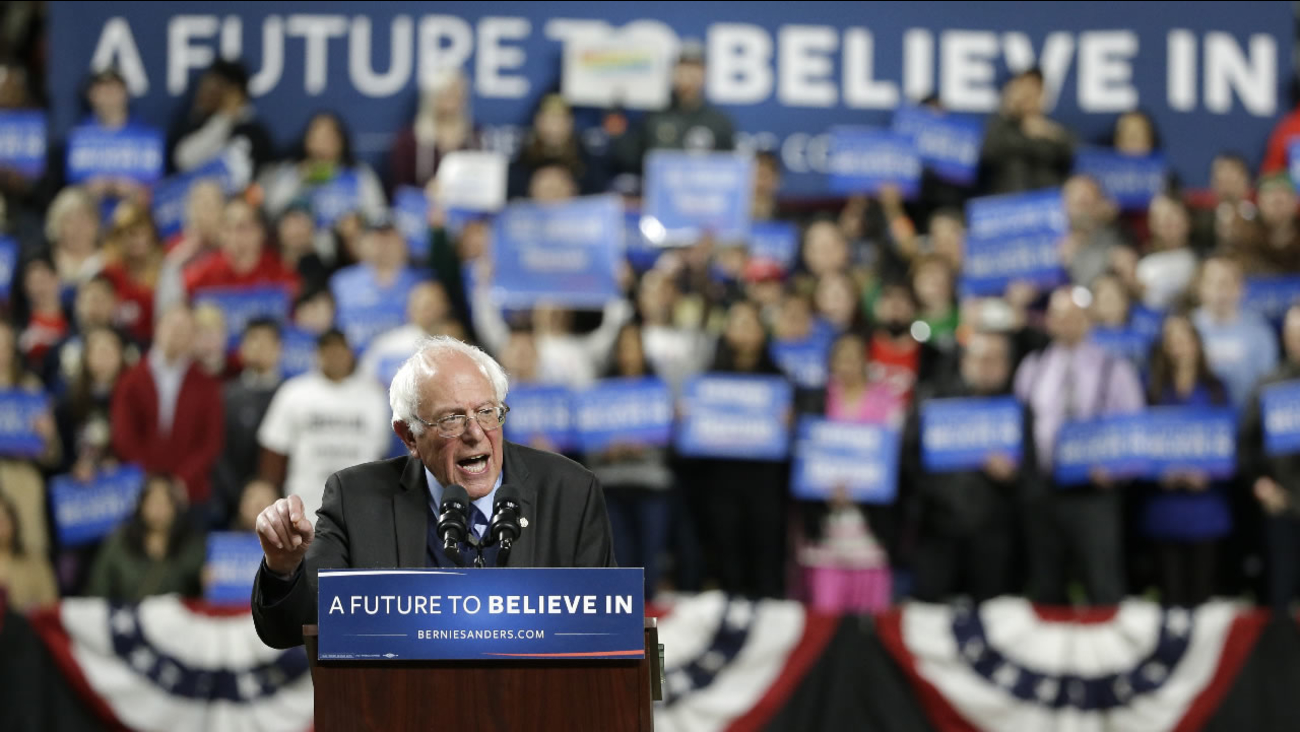 WASHINGTON -- Bernie Sanders scored three wins in Western caucus contests, giving a powerful psychological boost to his supporters but doing little to move him closer to securing the Democratic nomination.