The body was found by construction workers as they tore apart the wall.
KGO
By J.R. Stone 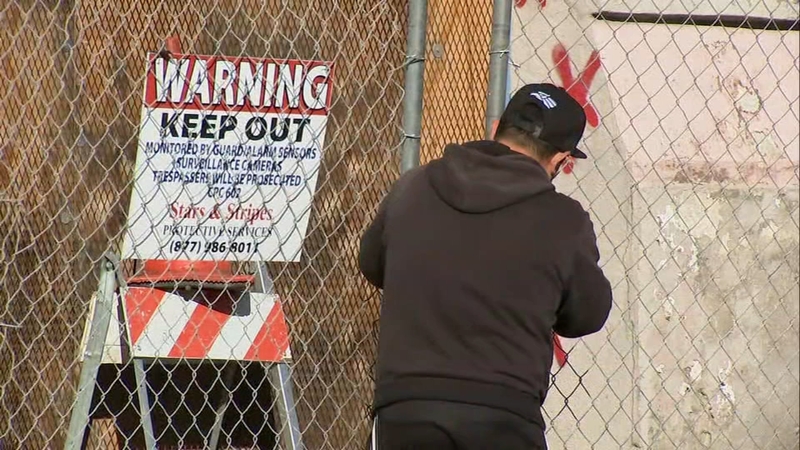 OAKLAND, Calif. (KGO) -- A mystery is brewing in Oakland after the "mummified" remains of what "appears to be a man" were found inside a wall at the Kaiser Convention Center during renovation work Wednesday afternoon. Both the Alameda County Sheriff's Office and the Oakland Police Department confirmed the find.

For those not familiar with the area, the more-than-a-century-old convention center has been closed since 2005 and is located near Lake Merritt.

"I think it's pretty insane," said Nnamdi Ihenetu who lives nearby.

"I was shocked, the mummified remains startled me," said Dorothy Lazard, who is the former head librarian of the Oakland History Center.

The Alameda County Sheriff's Office tells us "mummified remains" in this case basically means that the body was preserved within the wall where it was found. Investigators will work at identifying the body with DNA, dental records, and say there is a hope that the hands of that body were preserved enough so they can be hydrated and fingerprints can be taken.

"Whoever that is, I hope their spirit is in a good place," said Cynthia Obleton who is a Laney College Instructor.

It's unclear which wall the body was found in, but the convention center, across from Laney College on one side and Lake Merritt on the other, was built as the Oakland Municipal Auditorium and has a long history of popular events. Lazard actually graduated high school in the building.

The convention center was being renovated for use as multi-use space to be used by artists and others in office settings. Now though, come questions on whose body was found here, how it got here, when it got here, and what exactly went wrong.

"It's definitely alarming. I hope they can identify at least who was in that wall, who that person was, hopefully notify their family but that's pretty scary stuff," says Ihenetu.

Dorothy Lazard provided this link that shows a collection of old photos of the Kaiser Convention Center (Oakland Municipal Auditorium) taken shortly after it opened in 1914.