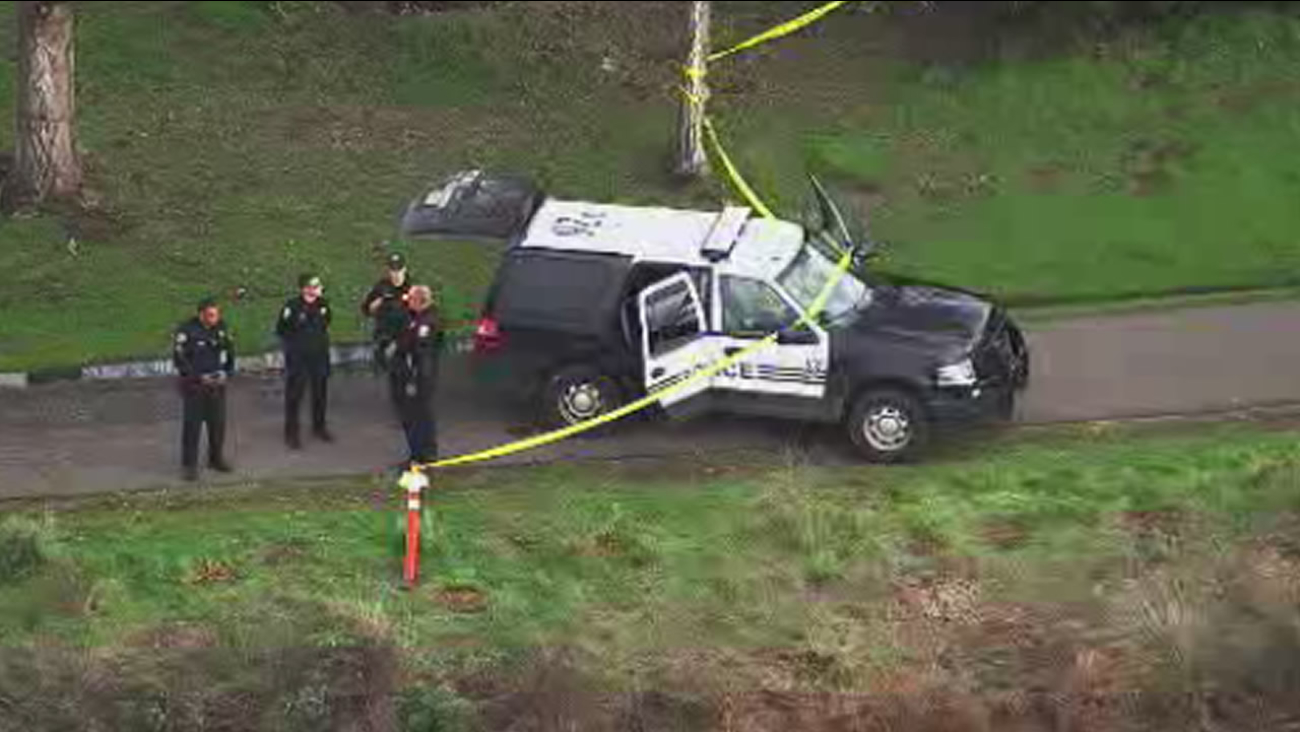 Police are investigation near Martin Luther King, Jr. Regional Shoreline in Oakland, Calif., after a body was found on Monday, January 18, 2016. (KGO-TV)

The volunteers were participating in an all-day cleanup event for Martin Luther King Jr. Day when they discovered the body in mud flats off the shoreline, park district spokeswoman Carolyn Jones said. Hundreds of volunteers participate in the event each year.

A small group had wandered away and was cleaning up trash along the shoreline when they discovered the body at about 11:50 a.m. just off Arrowhead Marsh, Jones said.

Police responded to investigate. The body is a man believed to be between 30 and 40 years old. It was partially clothed and partially decomposed and though it had no obvious signs of trauma, it could be difficult to tell because the body was already decomposing, Jones said.

The Alameda County coroner's bureau took the body and will conduct an autopsy to determine the cause of death.