ONLY ON ABC7NEWS.COM: Antioch boy talks about returning lost wallet 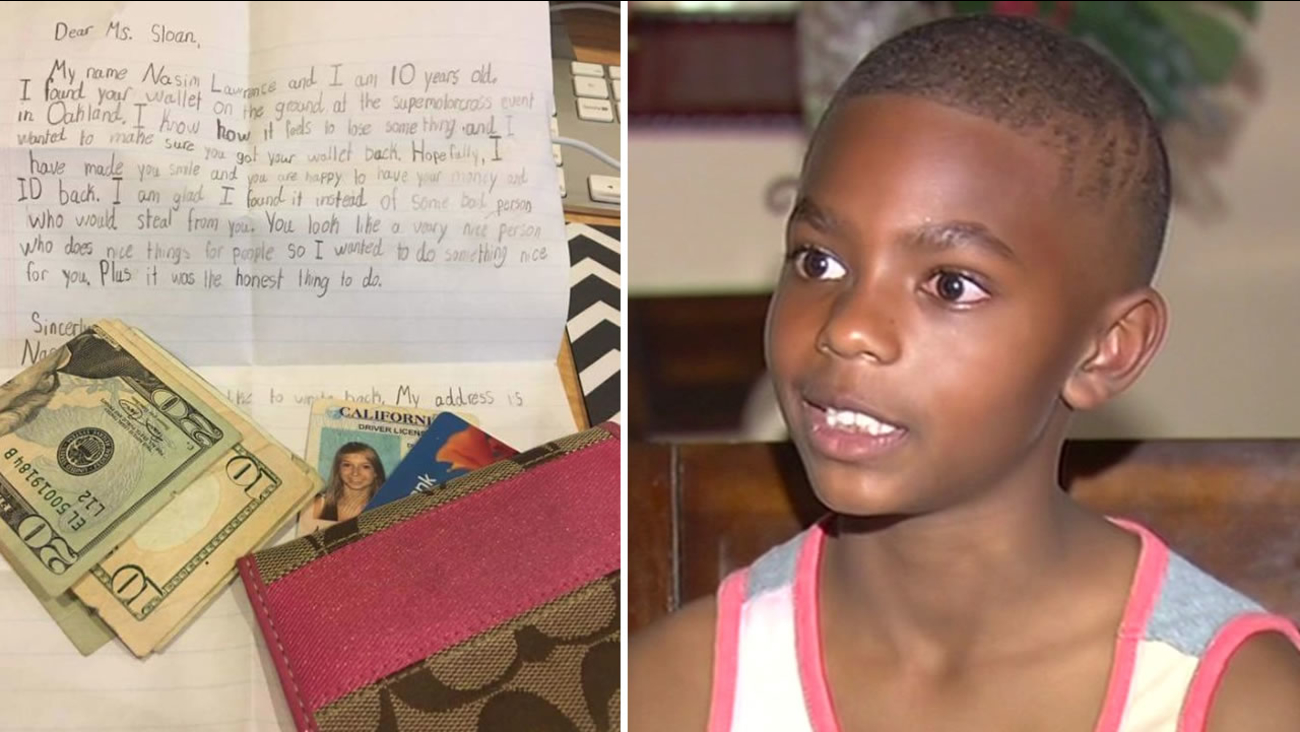 This undated image shows 10-year-old Nasim Lawrence of Antioch, Calif., who sparked a viral sensation after returning a lost wallet to a Bay Area woman. (KGO-TV)

ANTIOCH, Calif. (KGO) -- A 10-year-old boy from Antioch has been thrust into the social media spotlight after doing a good deed. ABC7 News spoke exclusively with him about how returning a lost wallet created a viral sensation.


When Nasim Lawrence found a wallet containing a woman's driver's license, a debit card, and $38 in cash, he knew right away he had to return it to its rightful owner.

"I wanted to make her happy and make her feel better about her losing something," he said.

So his mother, Karimah Lawrence, helped him mail the wallet the next day. But his dad, AJ Lawrence, says his concern for the woman didn't end there.

Taylor Sloan says she lost the wallet on Jan. 30 while at a motocross event in Oakland.

"I had my wallet in the back of my pocket and probably just lost it when I sat down in my seat," she said. "I didn't see it was lost until the event was over."

Unfortunately, the wallet arrived in Sonoma County two days after Sloan made that trip to the DMV, but she says that didn't matter,

What touched her heart was the sweet letter that Nasim wrote to her.

He told her that he knew what it was like to lose something and that she looked like a very nice person.

Woman moved after a child returns her lost wallet with an adorable note writes back, & rewards him with cash/candy. pic.twitter.com/p6KvjiHCxS

In fact, Sloan was so moved, she posted the wallet and letter on Facebook. From there, it went viral.

"His dad picked him up and was like, 'My principal said I'm a celebrity," said Karimah. "And I was like, 'What is going on?'"

"It feels kind of odd because I've never got this fame before," said Nasim.

When asked if he likes it, Nasim said, "Yeah, it's surprising."

A 10-year-old boy now a viral sensation for doing what he says was "the honest thing to do."