River otters used to be in almost every creek in the Bay Area, but they were driven out decades ago by water pollution, hunting, and the loss of wetland habitat.

FOREST KNOLLS, Calif. (KGO) -- River otters used to be in almost every creek in the Bay Area, but they were driven out decades ago by water pollution, hunting, and the loss of wetland habitat. Now, thanks to environmental cleanup and restoration, the otters are coming back. It's a good news story, just in time for World Otter Day on May 30.

ABC7 News has been following the otters' progress for the past six years when a group called The River Otter Ecology Project (ROEP) started collecting data and doing research as otters began reappearing in the north bay. Now they are spreading out.

ROEP founder and naturalist Megan Isadore says the otters' progress is thrilling. "River otters are super important predators to have in our watersheds because they are indicator species, and what they are telling us is that the waters are clean enough, the habitat is good enough for river otters to return" Isadore said.

ROEP motion activated cameras capture a lot of valuable photos and videos that provide information about otters' activities and behavior. But the key population data comes from ordinary citizens who see otters and enter their sightings on ROEP's "Otter Spotter" website.

The sightings are added to an interactive map. The site also has information about river otters, including on how to identify them, so you know you are looking at the right animal. You can also share your own otter photos and videos.

Isadore said the otters first moved back into the bay area primarily through the northern counties of Marin, Napa and Sonoma - and they kept going.

"What we were a little bit surprised to find was that otters had moved down the east side of the bay through Oakland and Berkeley and Alameda, all the way south into Fremont" Isadore said.

Now Isadore and other volunteers are spreading the word that otters are moving south, hoping to recruit more Otter Spotters to watch for the animals and report them to the website.

We caught up with Isadore at Fremont's Coyote Hills Regional Park where she was showing the staff how to find otters. Shortly after her visit, a picture snapped by a motion activated trail camera at the park provided proof otters are there.

The ROEP team believes the otters may turn up soon in Alviso, a San Jose community at the southern tip of San Francisco Bay. The area was used as salt ponds by the salt industry for more than a hundred years. But 15,000 acres are being restored as part of the Don Edwards San Francisco Bay National Wildlife Refuge.

"As this system is restored, we would expect that otters and other creatures that were part of this system a hundred years ago will move back in" said refuge manager Jared Underwood.

River otters have already been spotted in a restored salt pond at Eden Landing Ecological Preserve in Hayward.

Saturday, June 2, The River Otter Ecology Project is hosting free otter presentations in San Jose and Petaluma. Click here for information about those and other upcoming otter events. 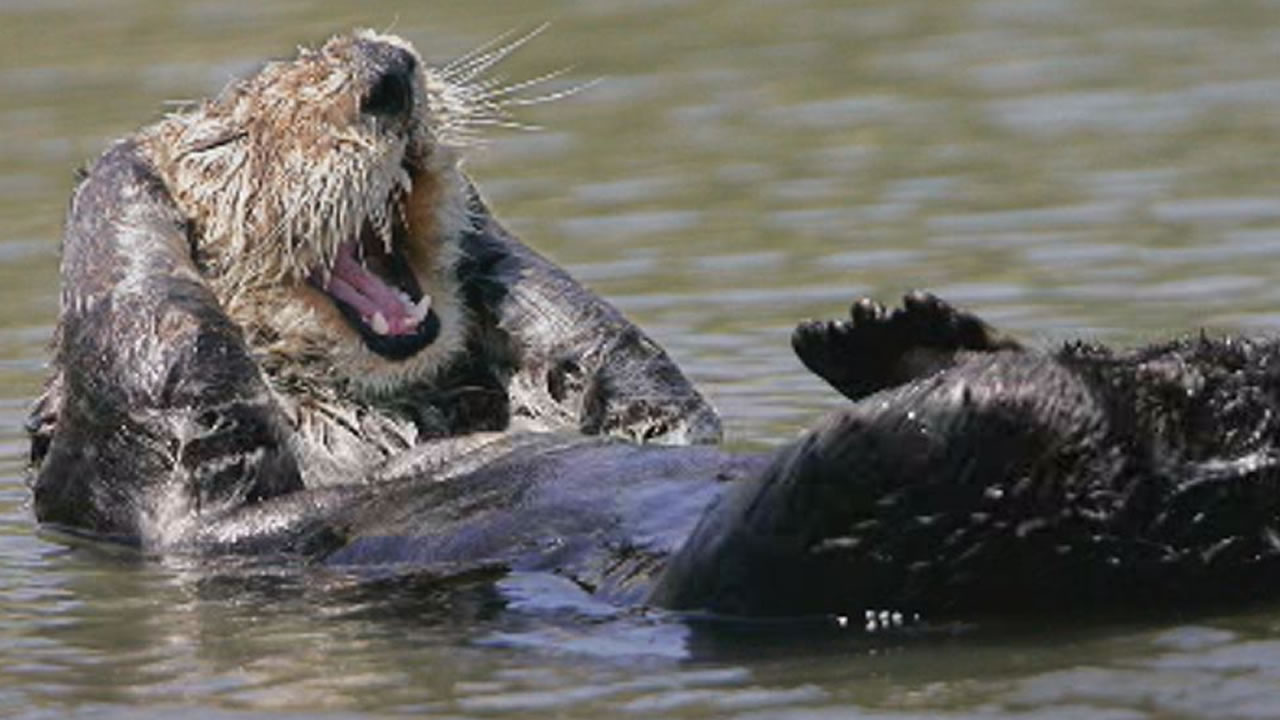 River otter dies after being shot in Walnut Creek