I-5 over Grapevine closed amid traffic collisions caused by snow 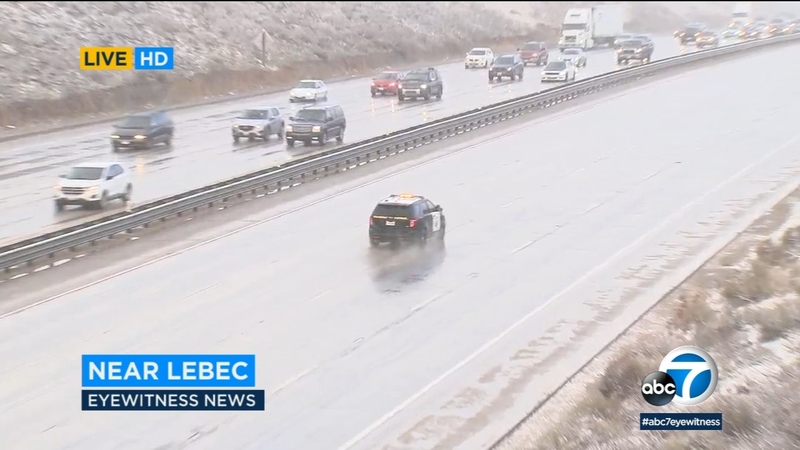 Interstate 5 over the Grapevine is closed due to heavy snow and several traffic collisions, Caltrans reports.

Earlier in the afternoon, the California Highway Patrol was running traffic breaks to keep drivers going about 25 mph over the Tejon Pass. Officials said at that time they could keep the road open if they could reduce the number of accidents.

RELATED: I-5 at Grapevine reopens in both directions after drivers stuck in snow for hours

"We're trying to get the message out on Facebook, Twitter and Instagram for people to slow down," said CHP Officer Rich Anthes. "That's the most important thing. We can have it open for a long time if people are going slowly and they're careful."

But by later in the afternoon, it appeared a number of collisions led to officials shutting down the freeway.

RELATED: I-80 closed due to snow dump in Sierra; travel to Tahoe 'discouraged'

Caltrans says they do not have an estimated time for reopening.

A winter weather advisory is in effect for the area through about 3 a.m. Monday, with snow accumulations of up to four inches possible on the Grapevine, along with gusts up to 35 mph.

GRAPEVINE: I-5 is now CLOSED in both directions due to continued snow accumulation combined with multiple collisions. No ETO at this time. pic.twitter.com/J0IMBErzXs