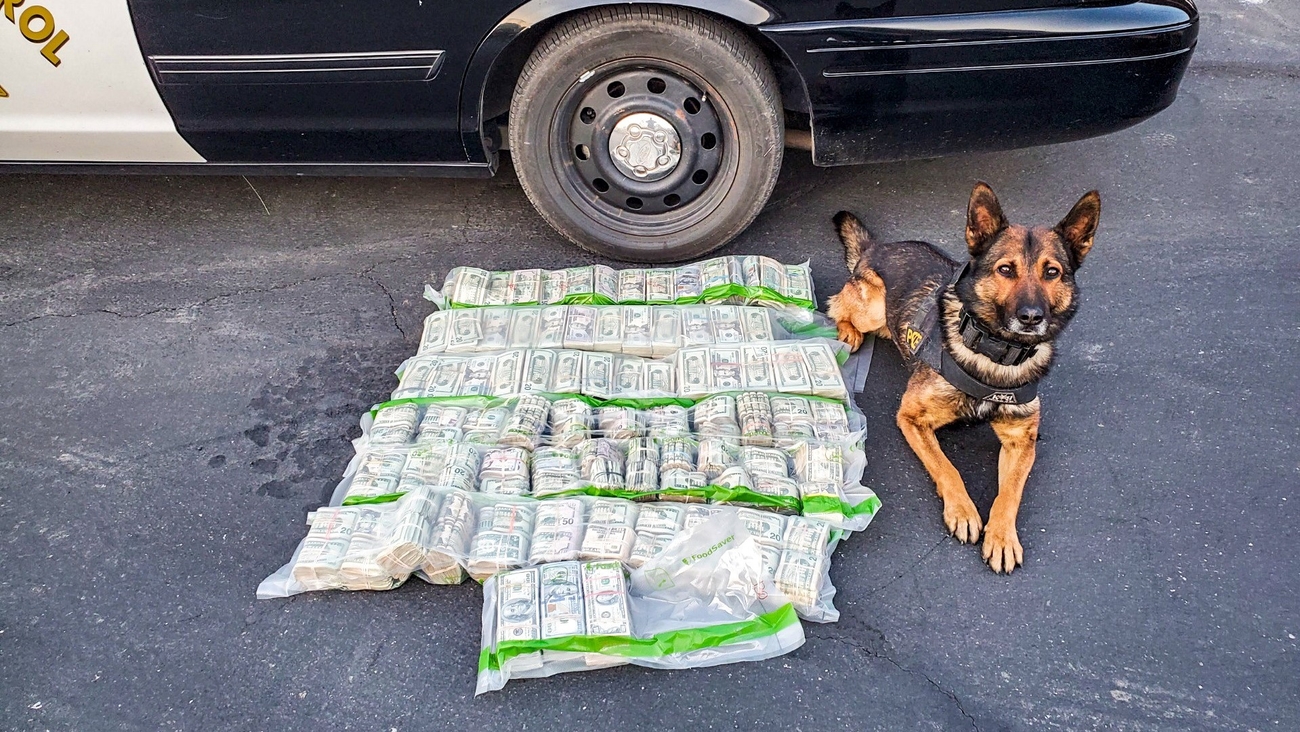 FRESNO, Calif. -- A Merced CHP officer and his K9 partner found cardboard boxes with nearly $1 million in cash after the boxes were dumped during a pursuit on Friday.

According to CHP Merced, the officer and his partner, K9 Beny, saw three cars traveling together and attempted to make an enforcement stop on one of them on Interstate 5 in Fresno County.. The car did not stop and a pursuit ensued.

During the chase, one of the three vehicles attempted to block the CHP patrol car, but the officer was able to maneuver around them. The driver of the pursued vehicle stopped the car and dropped two cardboard boxes on the shoulder of I-5, west of Firebaugh.

RELATED: Stolen hearse found after pursuit on 110 Freeway in LA

Two of the three drivers, including the one who dropped off the boxes, were caught and arrested. Officers later recovered the boxes and found roughly $915,000 inside. They also discovered walkie talkies and learned that the three vehicles were using them to communicate.