'It's all about those hips!' Mirai Nagasu, Chris Mazdzer will dance salsa first on all-athlete 'DWTS' 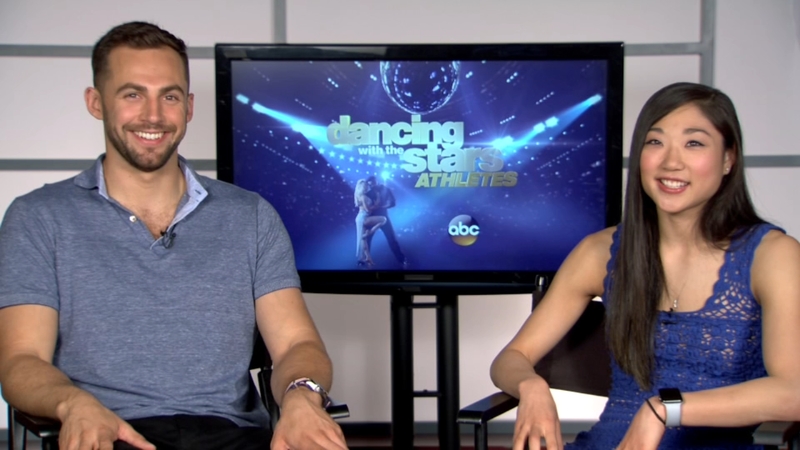 This is the first time the show has ever had an all-athletes edition! It's a condensed four weeks, but promises to be packed full of action and competition.

"We're going to bring out A-game from the beginning," Nagasu said. "Hopefully America sees how much work I've put in."

Both Mazdzer and Nagasu compete individually in their athletic events, so for them to have a partner is a different experience - but a welcome one.

"When you do succeed it's nice to share it with someone I've found," Mazdzer said. "It's having a coach, a friend, and it's fun!"

"I'm really hard on myself, so to have someone to hold my hand and wipe my tears away..." Nagasu said, "it's nice." Nagasu is paired with pro-dancer Alan Bersten.

Dancing is far different than the luge, but Mazdzer said that his training with partner Witney Carson is coming along well! His biggest fear, "Dropping Witney on her face!" But other than that, he doesn't want to let down his mom!

Nagasu however says that she may have a slight advantage with dancing due to her training figure skating, but it also has it's challenges. Her biggest fear?

"I'm really afraid of falling on my turns!" Nagasu said. She added that clockwise turns are hard for her because she's used to always turning counter-clockwise in figure skating.

Both Mazdzer and Nagasu will be dancing salsa for their first dance.

"It's all about those hips!" Nagasu said.

"Sharp movements, but relaxed in the hips," Mazdzer said.