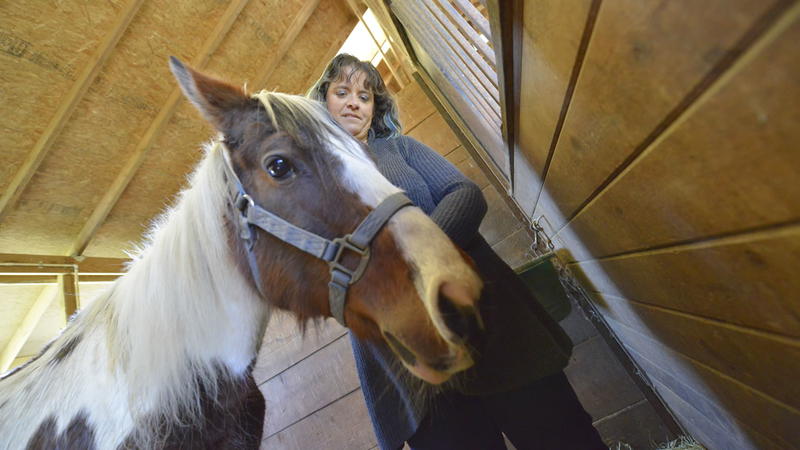 She loves the hay...a horse with no name other than Ethyl, all chapped, wasted skin and protruding bones. The sight of her warms and hurts Heather Bailey of Healdsburg to the core.

Heather Bailey with severely malnourished and neglected horse seized by @sonomasheriff 'Ethel' is so skinny that here ribs stick out. One of two Heather is fostering. Says the sight of them broke her heart. #abc7now #horses pic.twitter.com/85vZaiYm2J

"How would you feel if you were starving? Her body is eating itself so she feels pretty lousy as anyone would."

Ethyl is one of twelve horses the Sonoma County Sheriff's Department seized, last week, in what it describes as the worst case of felony animal abuse in recent memory. They arrested 65-year-old Joseph Rafael of Cloverdale on the spot. Deputies found one other horse lying dead in the mud.

"It breaks your heart," said Heather. "There are so many places this animal could have been helped before it died in the mud."

Heather's animal rescue group, The Change Program, has divided the twelve horses among six volunteers. They hope to restore the animals to health and eventually, find them new homes pending a guilty verdict.

Joseph Rafael was not available for comment, today. He posted $10,000 bail.