A wave of blue: Oscar Grant BART mural unveiled 10 years after his death

KGO
By Leslie Brinkley
OAKLAND, Calif. (KGO) -- It's been more than 10 years since Oscar Grant died on the Fruitvale BART station platform, and now a huge mural honoring his life and his legacy is officially going to be unveiled this weekend.

A blazing wave of blue hits you as you walk up to the west side of Fruitvale Station -- it was Oscar Grant's favorite color, framed in gold and west African emblems of self-determination set against the Oakland skyline.

Oscar Grant died at the hands of a BART police officer 10 years ago. Now, a dove ascends to the platform and the cosmos.

People are already pausing to take pictures and find inspiration in it. The official unveiling is Saturday at noon. The street in front of the station will also be named "Oscar Grant Way."

"It's iconography of this agency coming to terms with the brutal murder of Oscar Grant and it's a collaboration with his family and his community," said Lateefah Simon, BART director.

The Mural is the first long-term project under BART's "Art in Transit" program. They paid $38,000 to a local muralist to paint on an uneven exterior concrete wall.

It was a tough job.

"Not as tough as facing police terrorism," according to the well-known Oakland artist known as Refa One, who put his heart and soul into the project.

"I hope the mural opens up dialogue and action to end the challenges we face as the black community, struggles against police terrorism."

He said he also hopes it brings a sense of joy and peace to the family, and hopes it helps transform the visual landscape of the community.
Report a correction or typo
Related topics:
community & eventsoaklandartbart policeoscar grant
Copyright © 2020 KGO-TV. All Rights Reserved.
RELATED
Oscar Grant: BART releases report with new details of officers' roles in fatal shooting 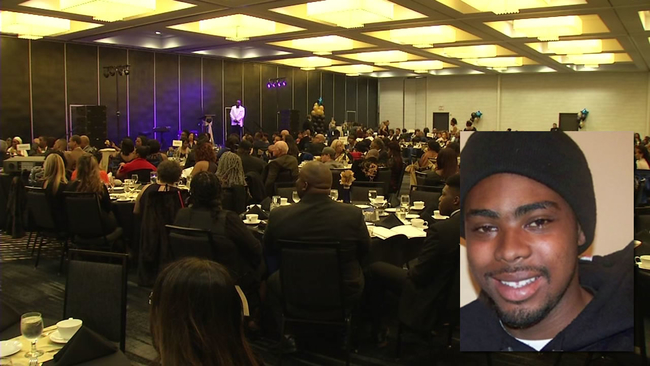