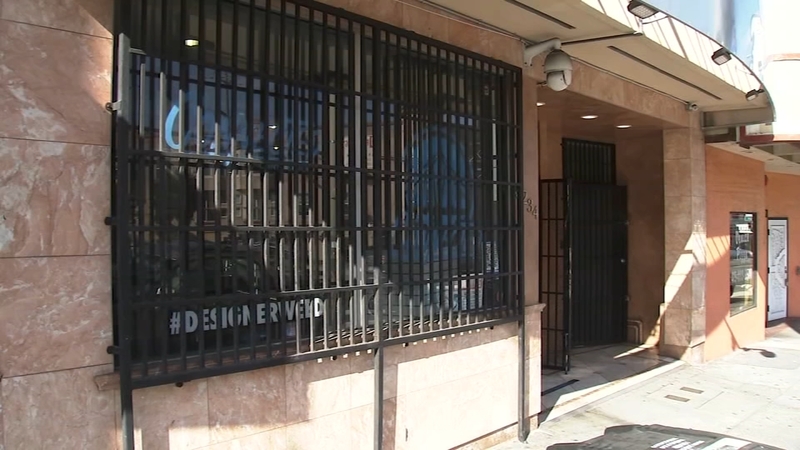 SAN FRANCISCO (KGO) -- There are plea deals for two of the nine people arrested in connection with organized retail theft that ravaged San Francisco in November. The District Attorney was adamant the conduct was felony conduct and charged as such, but now two suspects have pleaded guilty to misdemeanors.

Many people are familiar with images of thieves burglarizing the Louis Vuitton and other luxury retailers in November, but beyond Union Square there was more crime.

"There were also multiple cannabis dispensaries across the city that were hit around the same time," said San Francisco Police Chief William Scott during a press conference on November 20, 2021.

Connected Cannabis was one of those businesses.

"These are not petty thefts, this is not misdemeanor conduct, this is felony conduct," said Boudin on November 23, 2021.

"It goes to our reputation that you could come here and you know really basically get away with anything," said McCray.

Originally charged with four felonies each:

The other suspect, Raynard Jones, 32, of Riverdale, Georgia, pleaded guilty to misdemeanor trespassing.

"Which is no different from someone being on your front lawn where there's a no trespassing sign and you telling them to leave and them refusing to," said Brooke Jenkins, a former prosecutor in the San Francisco DA's Office who is now a volunteer with the campaign to recall Chesa Boudin.

"It is extremely common that cases resolve by way of plea deal," said Jenkins.

"However, what's unique about this situation is that the D.A. gave a press conference indicating a strong opinion that the conduct was felony conduct," she continued.

"Which suggests that the D.A.'s Office believed that they had sufficient evidence to support those charges," said Jenkins.

Back in November when the DA announced the felony charges, some asked if he could guarantee they wouldn't be reduced.

"My office has some discretion in that matter and judges have discretion as well," said Boudin at the time.

He encouraged journalists to stay on top of it.

"If you follow the cases you will see that when people commit crimes in San Francisco, there are consequences," said Boudin in November.

Though some say, those consequences for at least two people arrested were not strong enough.

RELATED: Experts caution use of 'looting' in describing rash of Bay Area smash and grabs

"This was essentially a slap on the wrist," said Jenkins.

The San Francisco DA's office confirmed the cases have been settled but has not yet responded to a request for comment.