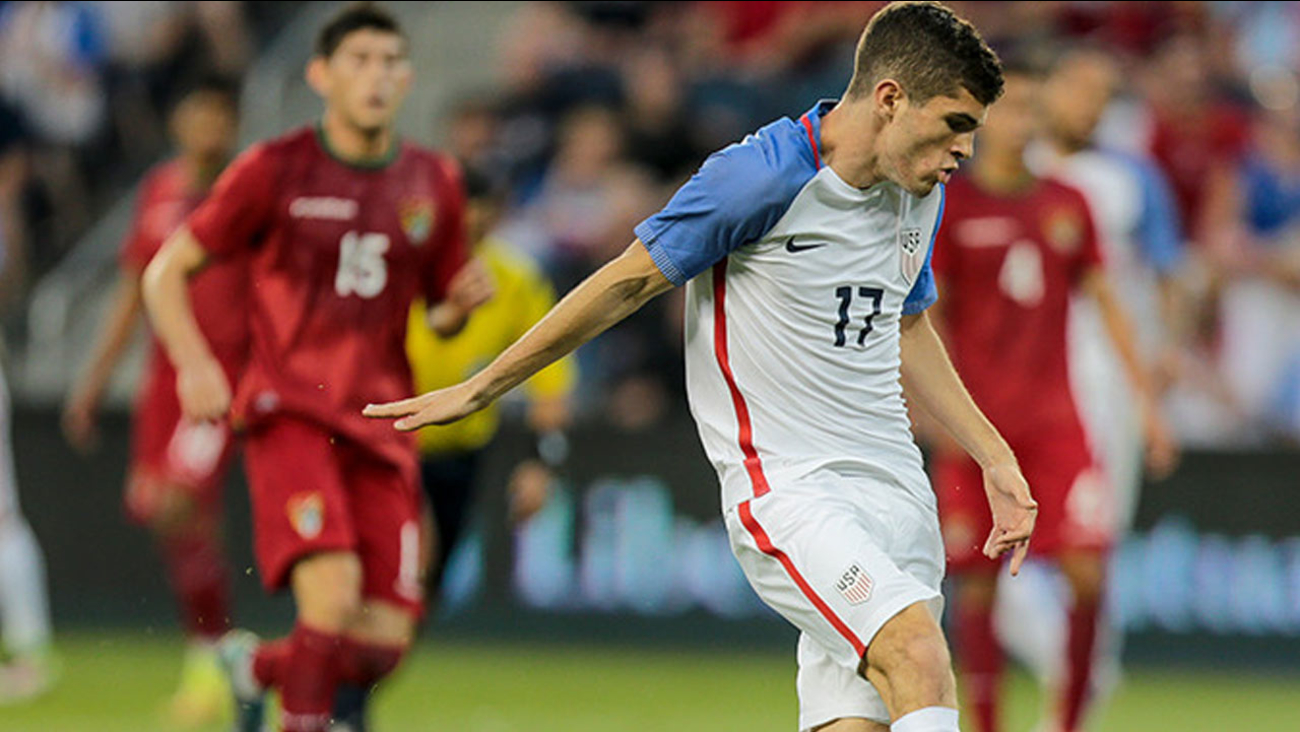 17-year-old Christian Pulisic (pictured) scored his first-ever goal for the USA in a win over visiting Bolivia on May 28, 2016, in Kansas City, Kansas. (John Dorton/isiphotos.com)

It was the Americans' fourth straight win and final match before opening the Copa America Centenario on June 3 against Colombia at Levi's Stadium in Santa Clara, California.

The 4-0 scoreline represented the USA's largest-ever margin of victory over a South American side in an encounter that was highlighted by a strike from 17-year-old Christian Pulisic. John Brooks also netted his third career international goal, while goalkeeper Brad Guzan recorded a shutout.

Zardes opened the scoring in the 26th minute, when he beat goalkeeper Guillermo Viscarra to Alejandro Bedoya's chip played over the Bolivian defense and tapped it off the bounce with his right foot from 18-yards out into a wide open net.

Nine minutes later, Brooks doubled the advantage, with Bedoya once again providing the service. From a quickly taken free kick, U.S. captain Michael Bradley alertly picked out Bedoya in the right side of the box. The Nantes midfielder slid to deliver a square a pass along the edge of the six-yard box, where Brooks finished simply with his left foot.

The host made it 3-0 seven minutes after halftime. The influential Bradley switched fields with a superb diagonal pass into the left side of the box for Bobby Wood, who changed speeds and accelerated to the end line. After beating his defender, the recent-Hamburg signee cut a pass to the top of the six-yard box for Zardes to left-foot into the back of the net after doing well to reach back for the ball

Second-half substitute Pulisic closed the U.S. goal account in the 69th minute, hustling to receive a short pass from Darlington Nagbe in the right side of the box and slotting past Viscarra with his right foot from 12 yards.

The win was the USA's first against Bolivia, improving to 1W-2D-4L in seven all-time meetings.