"I've seen a cognitive decline in the first 60 days of the shelter in place, where she would forget words, or maybe a blank look that I hadn't seen before."
KGO
By Jericho Saria and Justin Mendoza 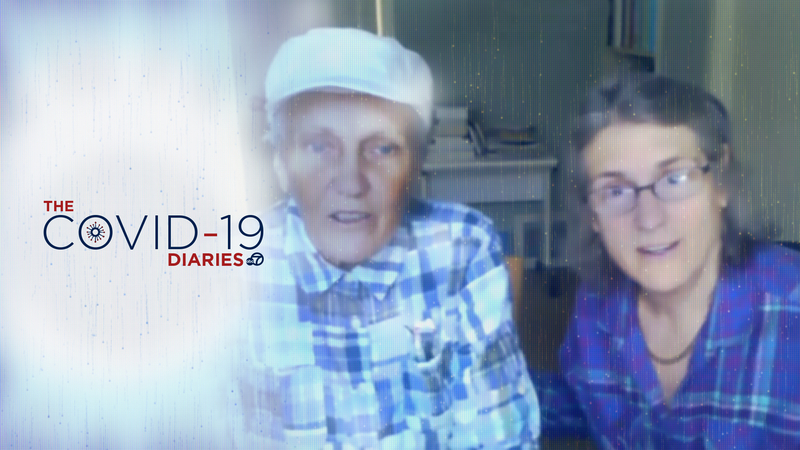 SAN FRANCISCO (KGO) -- More than five million people live with Alzheimer's in the United States, according to the Alzheimer's Association. An estimated 132, 000 of them live in the San Francisco Bay Area amid the COVID-19 pandemic.

"After seven months or so of COVID restrictions. It's difficult for her to concentrate. She has less appetite. She lights up when she sees other people," said Joyce Calvert, who is the caregiver for her wife, Jane Dahlgren. Calvert says since the shelter-in-place order and the temporary closures of non-essential businesses, she noticed a cognitive decline with Dahlgren's brain health.

"I think a lot of Jane's cognitive decline can be attributed to the depression around social isolation. And I think being around other human beings is magic for her," Calvert said. "She's unable to read anymore. She was reading her newspaper in the morning every morning for a long time, but since COVID, she really hasn't been interested in reading."

Dahlgren and Calvert have been together since 2001. They left the Bay Area for New Mexico in 2005 after Dahlgren retired as an art teacher in the San Mateo High School District.

In 2010, they both noticed Dahlgren's cognitive issues. "I noticed that she couldn't read a map. We lived in Albuquerque at the time," said Calvert. "She couldn't figure out which one went north and south or east and west (on the highway). And I knew that was unusual for her because she's done a lot of traveling."

Vallejo-native Fernando Jr. describes what it was like losing his grandfather and father to COVID-19 and shares a word of warning to Bay Area residents.

They returned to the Bay Area in 2015 and sought help by seeing several brain health centers. That same year, Dahlgren was formally diagnosed with Alzheimer's Disease.

Calvert says the social isolation has had a negative impact on her wife. Before the pandemic, the couple had a routine.

She says they would see friends, go the movies and to the park. "So, we had a lot of freedom with that socialness and exercise and physical movement. And all of those things help keep somebody with dementia, more present. And so we've lost that. And I would say that Jane's lost that ability to stay more present," said Calvert.

"I've seen a cognitive decline in the first 60 days of the shelter in place, where she would forget words, or maybe a blank look that I hadn't seen before," Calvert said. "She's forgotten who I am, a couple of times, and that didn't happen before."

Vanessa Carter of Tiburon cares for her father, Ted Carter. She says she worries what the novel coronavirus pandemic could do to her father's brain health.

"Well, the pandemic is sort of a recipe for disaster for anyone with cognitive decline, social isolation is not recommended," she said. "And it's shown to lead to a speedier decline, and so the loss of my dad's day program has been, I'd say the biggest loss for him through the COVID-19 pandemic."

RELATED: ABC7's Beyond the Headlines with Cheryl Jennings: Brain health

Vanessa says prior to the pandemic, her father had a routine. "Five days a week, he used to get up in the morning and be gone until 4:30p.m. in the afternoon, out with other people also living with cognitive decline going to museums, having lunch at restaurants and socializing."

Since the day program was shut down due to pandemic, she says she is grateful he's home safe, but feels terrible for not taking him to museums, to lunch and being able to facilitate social engagement like he had with his day program.

"The lack of social engagement, it leads to increased, you know, more rapid cognitive decline. So, I don't feel good about that," said Vanessa.

November is National Family Caregivers Month. You can learn more about Alzheimer's through the Alzheimer's Association and fundraising through the San Francisco Walk to End Alzheimer's, which ABC7 is a media sponsor.