Allegations include supplies for Black attorney came from "garbage bin," while white attorneys were allowed to order new supplies.
KGO
By Melanie Woodrow 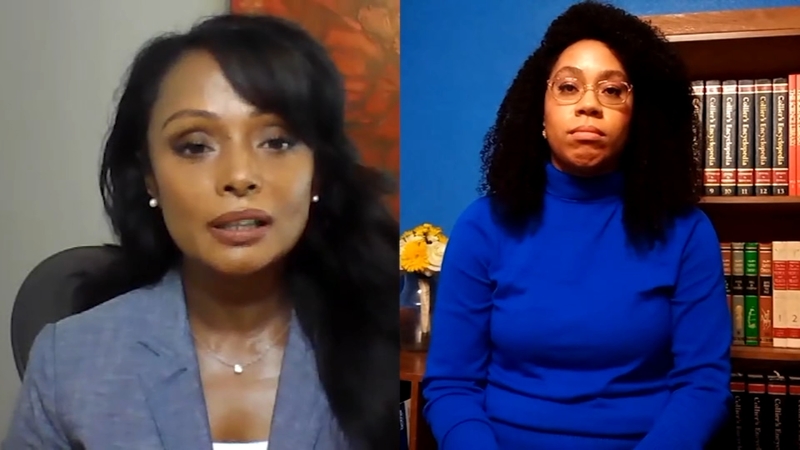 "Even though we're located in Oakland, in one of the most diverse communities in the United States," said former EBMUD attorney Saji Pierce.

Pierce was an attorney at East Bay MUD for nearly 18 years. She says she filed an internal complaint alleging race discrimination in March of 2019 after candidate Ayriel Bland was passed over for a job at East Bay MUD, even though according to the lawsuit, the interview panel which included Pierce unanimously ranked Bland as the number one candidate.

"I know she feels she had an ethical duty to do this, but not everyone makes that hard decision to do the right thing," said former EBMUD attorney Ayriel Bland.

The woman said she was asked to move to the back of the plane mid-flight to make room for two passengers. Delta is now investigating.

A year later, East Bay MUD invited Bland to apply again. She was hired and began in July of 2019 according to the lawsuit.

"To me, I was very excited about the opportunity of going back," said Bland.

But Bland says in the approximately year and a half she worked at East Bay MUD, she was treated in a grossly discriminatory fashion based upon her race, including being given a heavier work load, denied an equal opportunity to attend training and other employment benefits.

"I was placed in the library, I didn't even have an office. I was in that library for a couple of months," said Bland.

The lawsuit alleges Bland's supplies came from a "garbage bin" and "junk drawer" whereas white attorneys were allowed to order new supplies.

"I was denied the basic ability to do my job," said Bland.

In April of 2020, Bland filed a discrimination complaint against East Bay MUD's former General Counsel, Craig Spencer. Five months later, the lawsuit alleges Spencer accused Bland of having a conflict because she was a member of the Black Employee Network, an affinity group within East Bay MUD.

"I felt compelled to say that I was an attorney first and Black second," said Bland.

"I feel like I had to do that to keep my job essentially and assure this person who's in control of my performance evaluations that I'm not this adversarial, angry, Black woman," she continued.

A lawsuit has been filed on behalf of Black and minority Google employees that alleges a pattern of racial discrimination by the company.

According to the lawsuit, in November 2020, the HR investigation found Spencer had unconscious racial bias toward Bland, but that he did not violate any district policies.

"I was put in a position where I had no other choice but to leave," said Pierce.

"On one hand I had so many African American employees telling me that they were so proud to see someone like me sitting there," said Bland, continuing, "But it did take a severe emotional, physical and mental toll on my body."

In an emailed statement, East Bay MUD told ABC7 News it took the claims of its former employees very seriously and went above and beyond in addressing them. Also that it believes the legal claims are unfounded, writing in a statement, "We are deeply committed to an environment where our employees, who provide water and wastewater services to our East Bay community, feel respected, valued, and supported. We strive every day to improve the experiences of all our employees and to advance diversity, equity, and inclusion."

"It's not just something that Saji and I experienced," said Bland.

"We know what happened to us is part of a larger problem at the district," said Pierce.

A cultural survey commissioned by East Bay MUD by the Winters Group in April 2020 found, "throughout interviews and focus groups, multiple instances of institutional and personal bias against Black/African American, Hispanic/Latinx and Asian employees were shared, which could indicate that racial bias is widespread throughout East Bay MUD."

The District tells ABC7 News EBMUD proactively commissioned the cultural survey by the Winters Group in April 2020 to guide the development of its diversity, equity and inclusion plan. Also that the survey's insights continue to advance the District's efforts to foster a welcoming and equitable work environment for all employees.

Pierce and Bland say they are sharing their story for the people who are still at the District and for rate payers.

"This is what your funds are being used for, against diversity," said Bland.

EBMUD shared the following regarding its progress with diversity, equity and inclusion:


If you are a current or former employee of East Bay MUD and would like to contact ABC7 Reporter Melanie Woodrow with your story, you can send her a message on Twitter, or email her at melanie.woodrow@abc.com.