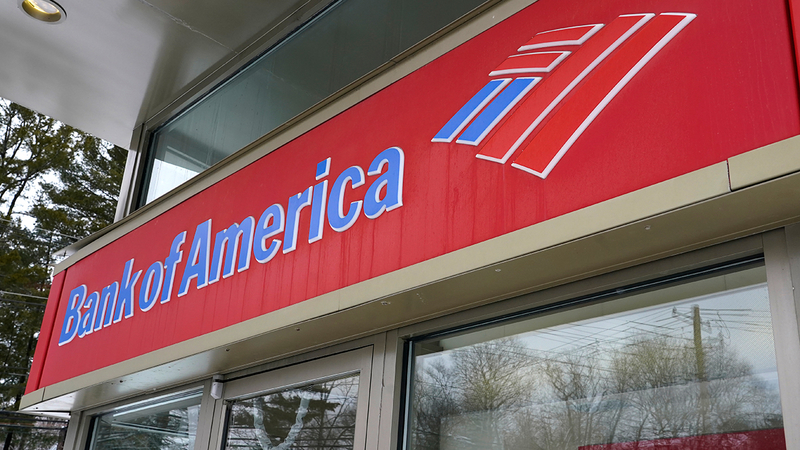 SAN FRANCISCO (KGO) -- A major court victory this week for thousands of unemployed Californians -- many received EDD benefits only to find hackers were stealing money off their EDD debit cards.

Bank of America issued those cards and now is defending a class-action lawsuit that claims the bank has been illegally denying claims for refunds.

As we previously reported, a federal judge just ordered the bank to reopen possibly thousands of claims and to reimburse legitimate victims. And now we're learning what the judge found in his urgent ruling.

We've reported on a host of problems at the EDD. Now, a judge is holding Bank of America to account also -- saying there's a strong likelihood the bank has been automatically cutting off benefits to unemployed workers -- many of whom came to 7 On Your Side desperate for help.

7 On Your Side told you about Diane Davis of San Leandro. She went to use her EDD debit card and found all her money had disappeared. "$7,000 taken out of my account. It hurts," she told us. "I have nothing, absolutely nothing. I think I have 12 cents in the bank right now."

Davis checked the statement and found dozens of mysterious charges, from someplace in Africa.

To Davis it was an obvious fraud. But when she filed a claim for reimbursement from Bank of America, all she got was a form letter saying "the claim is closed."

On top of that, the bank froze her EDD debit account -- so she could not access her benefits at all.

CA EDD admits that as much as $31 billion in unemployment funds were stolen from California taxpayers in 2020, nearly four times more than previously estimated.

"You guys took $16,000 from the account. Where did it go?" Michael Conant told 7 On Your Side in a previous interview.

"The money got taken away. They froze the account and took my money," Anthony Serafino told us.

"Bank of America started summarily denying claims of unauthorized transactions and basically treating the victims as the criminals by freezing their accounts and locking them out of their unemployment benefits for months," said Brian Danitz, the class action attorney leading the suit against Bank of America.

"Not only does the bank have to conduct a good faith investigation, but the bank also has to provide an explanation as to why they've denied your claim if they deny it. They have not been doing that," Danitz said.

The attorneys asked a federal judge to order the bank to reopen cases immediately and refund valid claims.

But Bank of America said that would also let scammers reopen their fraudulent claims and, quote, "put staggering amounts of money back into the hands of criminals who have defrauded the state and EDD."

Bank of America says many imposters who fraudulently received EDD benefits spent the money on their cards, then claimed those transactions were fraudulent and received reimbursement from the bank -- essentially "double-dipping" on fraud. The bank cracked down, rejecting suspicious claims, but it admits many legitimate cardholders were also denied in the process.

Now, the bank must reopen thousands of claims, and by law, it must provide provisional credits if it can't complete an investigation within 10 days. The bank says criminals may be entitled to reopen claims and can then immediately withdraw the provisional credits before the bank can refute the claim and take the money back.

The bank also said legitimate cardholders could always reopen a claim just by asking. And it says thousands have already done so. The bank received about a quarter-million claims of fraud on its EDD debit cards during the pandemic and rejected 150,000 of them.

About 27,000 cardholders appealed and the bank awarded refunds to about 15,000 of them.

However, U.S. District Judge Vince Chhabria ruled there is a "strong likelihood" the class action lawsuit will succeed in claiming "Bank of America violated the federal Electronic Funds Transfer Act" by automatically denying claims without a good faith investigation.

The judge wrote: "The harm being suffered is irreparable... for people who depend on unemployment benefits to get through the pandemic... and to feed their families and keep a roof over their heads."

The court found the bank may have broken the law by failing to conduct a "good faith investigation'' of each fraud claim, instead summarily denying any that were flagged by a computer.

"It just makes me sad but hopefully I'll get my money back," said Davis.

After 7 On Your Side contacted the bank about Diane Davis's case, it did refund the fraudulent charges on her account. If your claim was closed without explanation, you should receive a notice in the U.S. mail or email with all your rights to be heard.