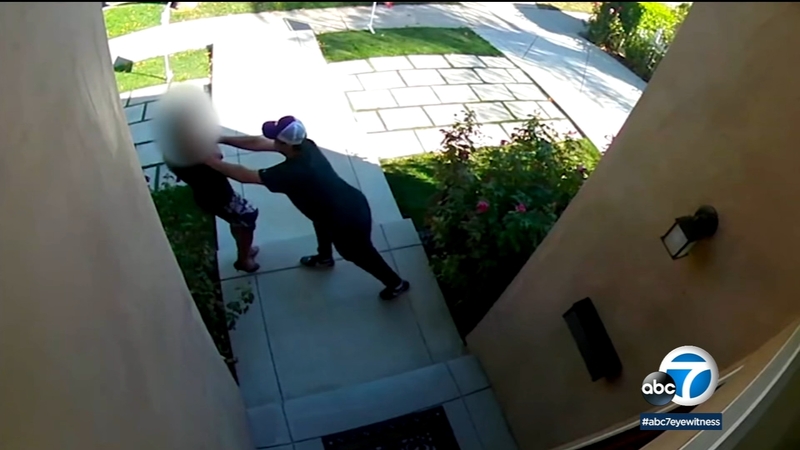 ENCINO, LOS ANGELES -- A person of interest has been detained after surveillance video showed a man assaulting a realtor at an open house in Encino Sunday.

Los Angeles police said the person was detained around 11 p.m. Tuesday. No details were immediately provided as to how officers came upon detaining the man.

The person is a potential suspect but has not been booked on any charges at this time.

Surveillance video from the attack at the open house shows a man violently pushing the realtor to the ground and then standing over her as she screams. The woman in the video said she was groped by the man.

The woman remembered seeing the suspect a week before at another open house.

Several times during the confrontation, the man looked at a home security camera, which captured an image of his face.

Los Angeles police have asked for the public's help in identifying the suspect.