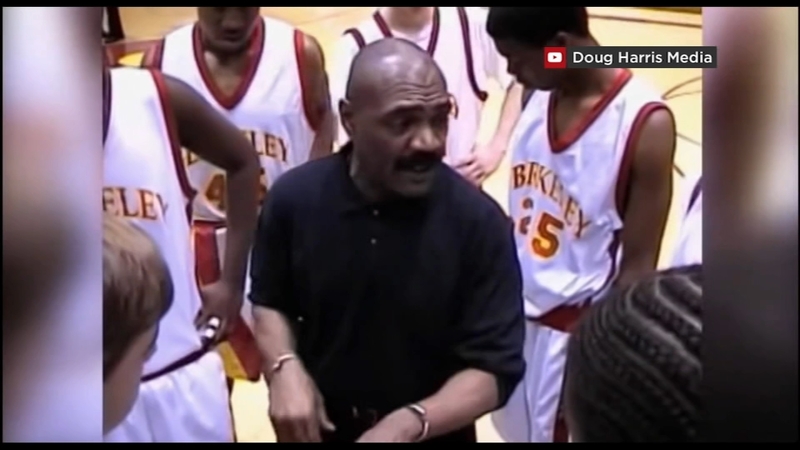 Close friends of I-880 shooting victim react to murder charge

OAKLAND, Calif. (KGO) -- The suspect accused of fatally shooting former Bay Area high school and college basketball star Gene Ransom on I-880 in Oakland on Friday has been charged with several felonies, including murder.

Investigators released new information on Tuesday on what led up to the deadly shooting.

RELATED: Son of former Cal athlete killed in I-880 shooting remembers his dad who 'showed love to everyone'

According to charging documents, 25-year-old Juan Angel Garcia of San Francisco was driving northbound on I-880 in pursuit of Ransom for an unknown reason. Documents say as the pair approached Oak St., Garcia drove his car onto the shoulder so he was parallel with Ransom's car. That's when Garcia fired a shot striking Ransom in the head, killing him.

Ransom's car then crossed several lanes of traffic, crashing into a cement wall on northbound I-880. He was pronounced dead at the scene.

Garcia drove away and was arrested Saturday by the California Highway Patrol.

Those close to the investigation tell ABC7 road rage is likely to blame here.

"I don't know all the specific details, but this is premeditated murder we're talking about, over what?" said Doug Harris who was best friends with Ransom.

The victim, Ransom, was a star basketball player in the 1970s at Berkeley High School, Cal Berkeley and University of Nevada-Reno. He eventually got a tryout with the Warriors before going to play minor league baseball with the Oakland A's.

"I'm hurt, I'm shocked, we were always teammates and we looked out for each other and I wish I was there to look out for him at that particular time," said Ransom's former roommate and college teammate. Thaxter Arterberry. Arterberry says he's a better person because of the wisdom he gained from Ransom who named his son after him.

Arterberry wants Garcia prosecuted to the full extent of the law but like Harris, also wants this to be a learning moment in the community.

"It's senseless, 25-year-old kid. These were the individuals he spent the last 20 years of his life trying to coach them and teach them away from gun violence," says Arterberry.

According to his friends, Ransom was involved in "Athletes United for Peace," a local nonprofit working to combat violence in Berkeley, Oakland and Richmond.

For decades Gene gave back to the East Bay. Kevin MacGlothen knew him as "Coach Gene."

Gene Ransom went back to Berkeley High to invest in young basketball talent. His students remember him as fierce competitor and an inspiring coach.

In the basketball world he was known as Gene "the dream" Ransom, but to Thaxter Ransom he was simply dad. In this statement his son said:

"My father was and still is a great man, he was a major influence in the East Bay Area community. He showed love to everyone he met and came across sometimes as a flirt. That was him Gene 'the dream' Ransom. He opened the door for future basketball stars who came out of the Bay Area. He was looked up to and loved by many. I'll never forget him, and will always love him."

Juan Garcia is due for his arraignment on Wednesday at 9 a.m. in Department 702.

The video in the media player at the top is from a previous report.