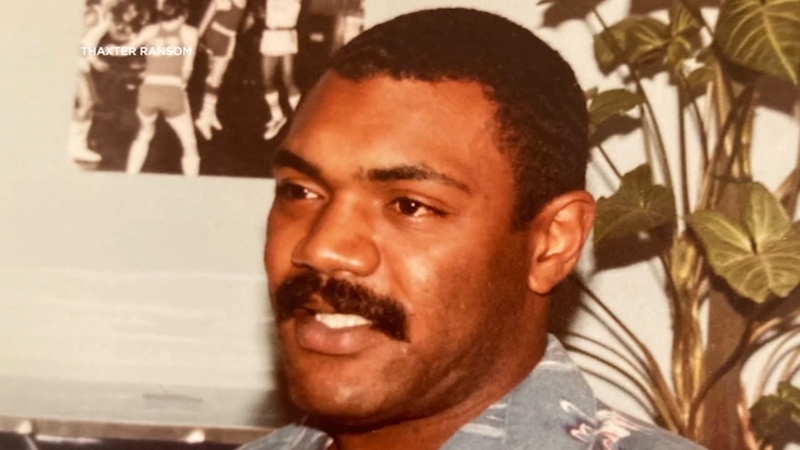 OAKLAND, Calif. (KGO) -- The California Highway Patrol announced an arrest in Friday's I-880 freeway in Oakland which took the life of a Bay Area sports legend Gene Ransom.

The CHP arrested 25 year-old Juan Angel Garcia of San Francisco charging him with murder. Authorities say a motive for the shooting is still under investigation.

"He was probably one of the biggest players to come out of Berkeley High," said Doug Harris.

Harris is talking about his best friend, Gene Ransom, a star basketball player in the 1970s at Berkeley High School and Cal Berkeley who got a tryout with the Warriors.

"Not only a good friend to me but the entire Bay Area sports community," said Harris.

His best friend is not only remembering Gene by his accolated, but by his heart.

Harris says Ransom was involved in "Athletes United for Peace," a local nonprofit working to combat violence in Berkeley, Oakland and Richmond.

"The very thing we worked so hard to prevent for our young people, he has been a victim of, so this is really hard for me," Harris added.

For decades Gene gave back to the East Bay. Kevin MacGlothen knew him as "Coach Gene."

Gene Ransom went back to Berkeley High to invest in young basketball talent. His students remember him as fierce competitor and an inspiring coach.

"He expected the best out of us. Our team, he coached our freshmen team. We were undefeated that year. He expected us to perform at a high level," said MacGlothen.

But for many, the lessons that will last a lifetime are the ones Gene taught off the court.

"My mom was killed senselessly and in 2007 he was there to support me through that. He showed up to the funeral and was definitely a big support during that time for me," said MacGlothen.

In the basketball world he was known as Gene "the dream" Ransom, but to Thaxter Ransom he was simply dad. In this statement his son said:

RELATED: CHP investigates fatal shooting that shut down I-880 in Oakland

"My father was and still is a great man, he was a major influence in the East Bay Area community. He showed love to everyone he met and came across sometimes as a flirt. That was him Gene 'the dream' Ransom. He opened the door for future basketball stars who came out of the Bay Area. He was looked up to and loved by many. I'll never forget him, and will always love him."

A documentary produced by Doug Harris called Tournament of Champions; Legends of Northern California High School Basketball, features Ransom at playing the game Berkeley High School. He played three seasons for the Cal Men's Basketball team, landing him a spot in the Cal Athletic Hall of Fame in 2001. Cal Athletics called him one of greatest players in the program's history.

In a statement the department said:

"We are shocked to hear the reports that Cal Athletics Hall of Famer Gene Ransom has been identified as a victim in a deadly freeway shooting. Our thoughts are with gene's family and friends for this tragic loss."