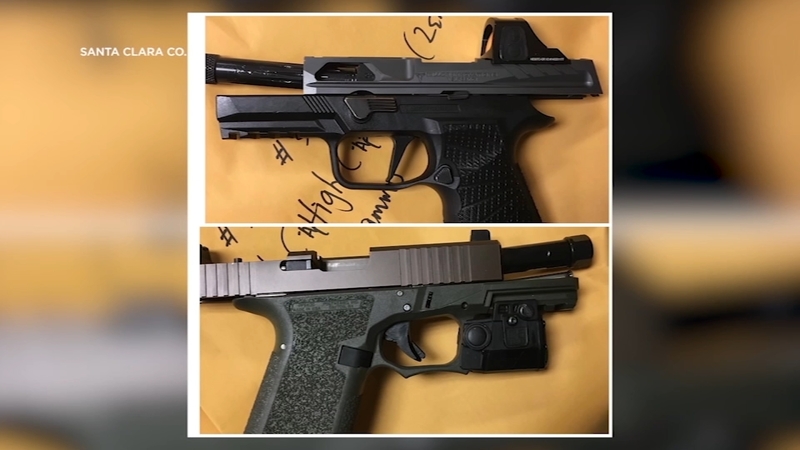 This will ban residents from possessing, manufacturing, selling and distributing all guns without serial numbers. Residents have 120 days to comply with the new ordinance.

The Santa Clara County District Attorney's Office seized an arsenal of illegal weapons from what they're calling a "sophisticated ghost gun factory."

Ghost guns accounted for 25-50 percent of firearms recovered at crime scenes in California during an 18-month period in 2020 and 2021, according to a city memo. In Santa Clara County, the number of ghost guns recovered at crimes scenes increased by nearly 72 percent between 2015 and 2021.

Following a mass shooting at the VTA light rail yard in downtown San Jose last May, city officials pushed for a slate of gun control measures. In January, San Jose became the first city in the country to mandate gun owners purchase liability insurance and pay an annual fee of $25 to cover losses or damage resulting from negligent or accidental firearm use. This new law appears to be floundering.

Several California cities have passed laws banning un-serialized firearms, including San Francisco and San Diego. In April, President Joe Biden announced the finalization of a requirement for makers of gun kits to include serial numbers on firearm parts. The Santa Clara County Board of Supervisors recently asked legal counsel to present options for a similar law at a meeting scheduled later this month.

San Jose resident Dave Truslow, a National Rifle Association gun instructor, said he's skeptical the ban will be effective, noting people can assemble crude firearms from cheap, legal parts available in most hardware stores. He told San Jose Spotlight it would be more useful if San Jose joined with other cities in the county to hire a federal prosecutor to exclusively prosecute gun crimes.

"That's what some other cities have done, and they're starting to see significant results," Truslow told San Jose Spotlight.

Margaret Petros, executive director of Mothers Against Murder, said she's supportive of any law that curbs gun violence, but doubts a ban will be an effective deterrent. Speaking as she left the funeral of a person killed in a recent San Jose homicide, Petros said she wants policymakers to focus more on systemic root causes of crime.

"I see in Santa Clara County things are getting worse and worse -- emotional traumas, homelessness, all of society's problems need to also be taken care of," Petros told San Jose Spotlight. "I feel like I've been banging my head against a brick wall when it comes to helping victims and preventing crimes from happening."