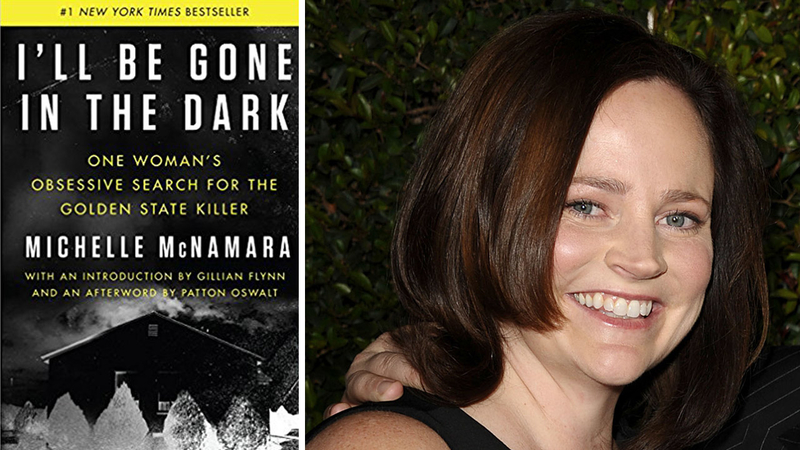 SACRAMENTO, Calif. -- As details emerge about the arrest of a suspect in a string of violent crimes that terrorized California for more than a decade, many are honoring work done by late true-crime journalist Michelle McNamara and her dedication to the case.

In "I'll Be Gone in the Dark," McNamara chronicled what she called her "obsessive" search for the elusive criminal known at various points as the East Area Rapist, the Original Night Stalker and the Golden State Killer. That criminal has been associated with dozens of murders, rapes and burglaries in California during the 1970s and 1980s, according to authorities.

According to the book's description, "Michelle pored over police reports, interviewed victims, and embedded herself in the online communities that were as obsessed with the case as she was."

McNamara was in the process of writing the book and reportedly close to cracking the case when she died suddenly in April 2016. Her colleagues finished the book after her death, and it was published posthumously with an afterword by her husband, actor and comedian Patton Oswalt.

Her work has been credited with reigniting broad interest in the case. After its February 2018 release, "I'll Be Gone in the Dark" climbed to the top of the New York Times Best-Seller List. In addition to seven weeks on that list, it has charted on Amazon's top 20 most-sold and most-read lists, and it was recently optioned by HBO's documentary unit.

Oswalt was in Illinois for a promotional event as part of the book's tour on the eve of the announcement about the suspect's arrest. He later wrote on Twitter that he ended that appearance with an ominous warning to the suspect: "He's running out of time."

First day of filming on the documentary was yesterday’s book event in Naperville. All of @TrueCrimeDiary’s family was there. Ended with me saying, “He’s running out of time.”
And now all of this. Surreal. #IllBeGoneInTheDark #GoldenStateKiller https://t.co/qPXz7a7hRy

Citing DNA evidence, authorities announced Wednesday that they had charged Joseph James DeAngelo with the murder of four victims linked to the crime spree.

While Sacramento County Sheriff Scott Jones credited McNamara's work with keeping the case in the public eye, he said in a press conference that "no information extracted from that book...directly led to the apprehension" of DeAngelo.

Oswalt responded to Jones' remarks by claiming that "the cops will NEVER and HAVE NEVER credited a writer or journalist for helping them solve a case." He'd said earlier, though, that McNamara "didn't care about getting any shine on herself."

It did, but #MichelleMcNamaradidn’t care about getting any shine on herself. She cared about the #GoldenStateKiller being behind bars and the victims getting some relief. She was Marge Gunderson in FARGO, not Chilton in SILENCE OF THE LAMBS. https://t.co/krMOWaWh9m

Also, the cops will NEVER and HAVE NEVER credited a writer or journalist for helping them solve a case. But every time they said #GoldenStateKiller they credited the work of #MichelleMcNamara and #IllBeGoneInTheDark.

As news of the arrest broke early Wednesday, Oswalt took to Twitter with one wish: to meet the Golden State Killer.

"If they've really caught the #GoldenStateKiller I hope I get to visit him. Not to gloat or gawk - to ask him the questions that [McNamara] wanted answered in her 'Letter To An Old Man' at the end of #IllBeGoneInTheDark," he wrote.

If they’ve really caught the #GoldenStateKiller I hope I get to visit him. Not to gloat or gawk — to ask him the questions that @TrueCrimeDiary wanted answered in her “Letter To An Old Man” at the end of #IllBeGoneInTheDark. pic.twitter.com/32EHSzBct5