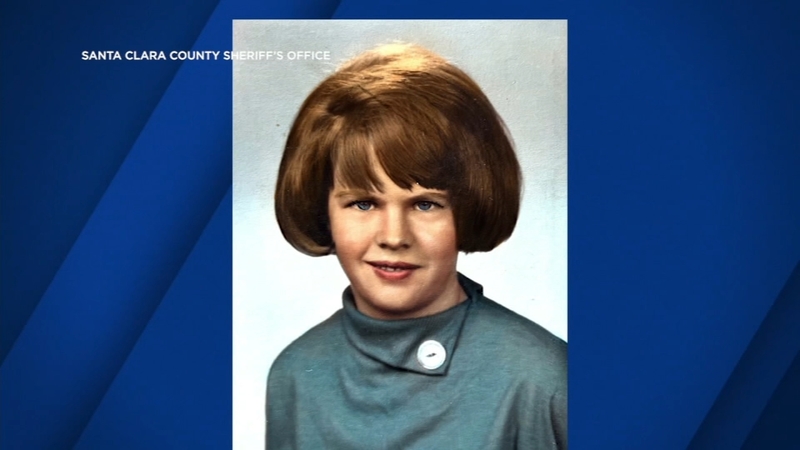 GILROY, Calif. (KGO) -- A new investigative technique was used to help identify a victim of the serial murderer dubbed the Happy Face Killer nearly 30 years after her body was left near a Gilroy highway, according to the Santa Clara County Sheriff's Office.

In a news conference on Tuesday, officials said they used a DNA database called GEDmatch to determine who the woman was. After finding a match they were able to identify the victim as Patricia Skiple.

For almost three decades, Gloria White has been wondering what happened to her sister. She is finally getting some closure.

"The detective came to my house and the first thing I did was look at her and knew that Patsy was gone forever. It's hard not having anything to hold on to," White said.

In 1993, the body of a woman dressed in blue was found on the side of Highway 152 near Gilroy. She had been sexually assaulted and her body left on the Pacheco Pass.

Authorities referred to her as Jane Doe "Blue Pacheco."

"You look every time you go somewhere. You look at people to see if you see that person, but we never ever saw her," said White.

San Francisco police have doubled the reward to find the 1970s serial killer targeting the gay community known as "The Doodler" to $200,000.

Patricia, who her family nicknamed "Patsy," was a mother of two and a resident of Oregon.

Her sister said Patricia was arguing with her husband and left in the middle of the night. She would have been approximately 45-years-old at the time she was killed.

"We've been holding hope that she was going to be alive," said White.

In 2006, Keith Hunter Jesperson, known as the "Happy Face Killer," sent a letter to the Santa Clara County District Attorney's Office admitting to the crime. He is known by the nickname because he drew a happy face on his letters to authorities.

In 2007, he pleaded guilty to "killing an unknown female subject along a dirt turnout on Highway 152," per Santa Clara County Sheriff's Office. The victim hadn't been identified until this year.

"When we first looked at it we thought, 'it's going to be too hard to solve this one, we might not be able to make it happen.' But then thanks to the partnership of that law enforcement agency (SCCSO), they were so helpful and encouraging people to upload to GEDmatch, and that helped us get one step closer and once step closer until we finally found the candidate," said Cairenn Binder, forensic genealogist with the DNA Doe Project.

A former police officer who terrorized California as a serial burglar and rapist and went on to kill more than a dozen people while evading capture for decades pleaded guilty Monday to murders attributed to the Golden State Killer.

Cairenn Binder with the nonprofit DNA Doe Project was one of the team leads who sorted through dozens of DNA matches to identify Patricia.

"I hope that it gives Patricia some of her dignity back to have her name," said Binder.

As Gloria finds peace in knowing what happened to her sister Patricia, she hopes detectives solve another crime that's puzzled her for decades.

"I have a daughter that disappeared too. At the same time, little bit before that. We've never heard anything about Marty. But when I talked to the detectives down in California she knew Marty's name. She knows that they've been looking for her, but they never had anything to go on," said White.

The "Happy Face Killer" was a truck driver who claimed to have killed over 100 people. Eight cases have been confirmed. He is serving a life sentence without the possibility of parole in Oregon.