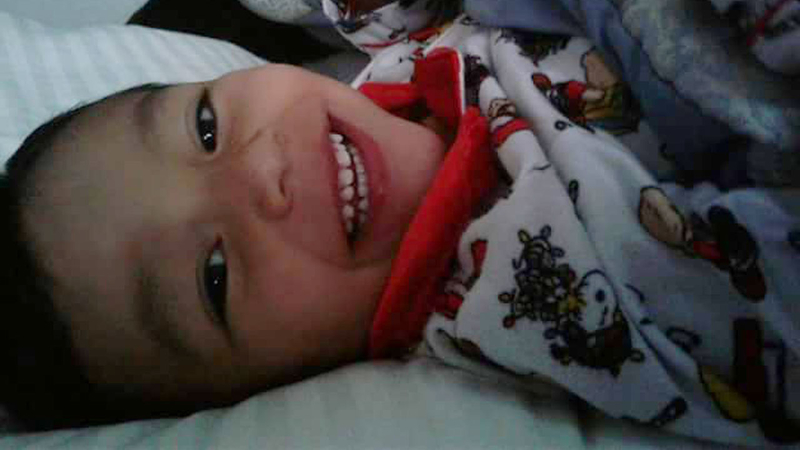 HOUSTON, Texas -- A Houston boy's death led to an important warning for parents all over the country about dry drowning.

This morning, a man in Colorado said his son's life was saved after seeing 4-year-old Frankie Delgado's tragic story on ABC13.com.

This is exactly what the Delgado family wanted Frankie's story to do. They wanted their son's death to educate families about dry drowning-and help save lives.

You may remember that Frankie died six days after he went swimming in Texas City.

His family said Frankie swallowed water. After the trip, he started complaining of stomach issues and coughing.

He seemed to be getting better over the course of the week until he collapsed, gasping for air.

He died last week, and doctors suspect it was dry drowning.
The family is heartbroken and their story has now been shared across the country by many TV and print news outlets.

It's a good thing it was. Thursday we got a phone call from Staff Sgt. Garon Vega.

Soon after, he started getting a fever and had trouble breathing.

After seeing our story on ABC13.com, he took Gio to the ER. It's a good thing they did.

Gio's father said a doctor told him his son would not have made it through the night.

"I feel like I needed to reach out to the parents of little Frankie and tell them, I don't know how to word it, but their little boy saved our little boy's life," Vega said. "There was a purpose. It was an unfortunate thing that happened, but if I had not told my wife that he swallowed the water, and if she had not seen that article, I think we would've ended up dispelling it as a regular sickness."

Drowning is the second leading cause of death among young kids to 14 years old.