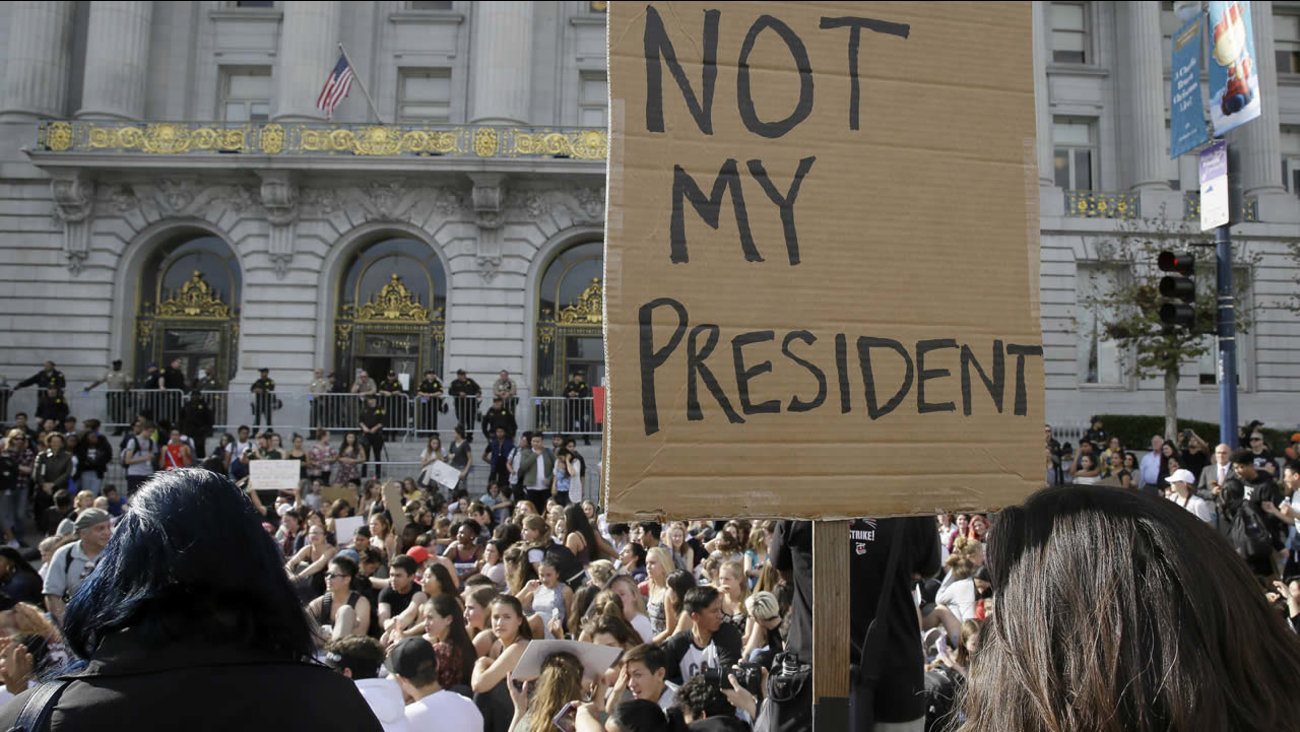 The demonstration reportedly began at Civic Center and protesters then marched down Market Street.

By about 1 p.m., the group had reached the corner of Sixth and Market streets, according to the San Francisco Municipal Transportation Agency.

As of 1:40 p.m., the group arrived at the corner of Market and First streets and was reportedly headed toward the Ferry Building, SFMTA
officials said.


Some bus lines on Market Street were delayed by the demonstration. It was not immediately clear if the bus lines had resumed regular service as of 1:55 p.m.