"This visibility day, it's about actually honoring who people are and seeing them for who they are," he says.
KGO
By Pamela Parker 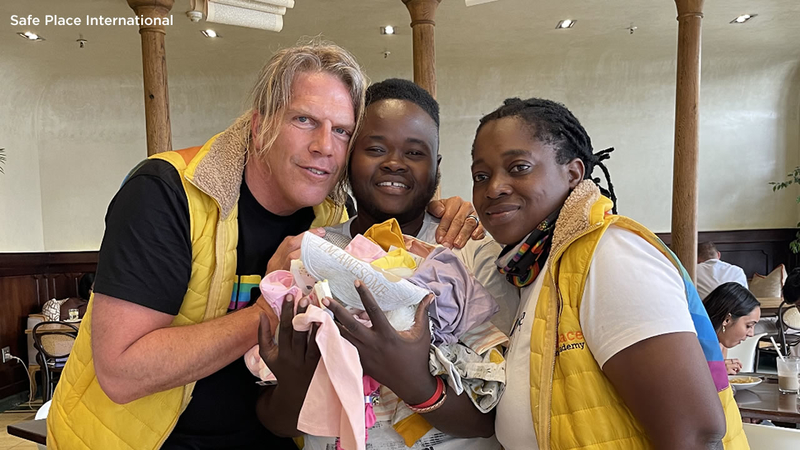 "If you can imagine going around throughout your day, and being called by a different name, and a different pronoun, then is yours, just imagine what that would be like, to not be seen to continually be seen as someone that you're not," Hilton says.

"This visibility day, it's just about actually honoring who people are and seeing them for who they are," he says.

Hilton, who became increasingly involved in supporting LGBTQIA+ refugees running away from hostile communities, started his work in this space first as a donor when he was working in real estate.

After witnessing firsthand the atrocities committed to LGBTQIA+ people, he began funding safe houses for them, opening his first shelter in Istanbul in June 2017.

To date, he has funded 33 safe houses and is working with partners to open four more in Romania and Poland to help Ukrainian LGBTQIA+ refugees escape the current conflict.

He is committed to paying the rents of these places, and some of the newer ones in Europe, have already begun moving the furniture in.

Francis, a transgender man who left Zimbabwe after coming out to their community, says their mother was arrested with them.

"It was not safe and for years and months I walked around with a knife," Francis said.

They are getting requests from their partners in Poland and Moldova for emergency shelters as well.

Additionally, LGBTQIA+ refugees of color from Ukraine are quickly moving to other parts of Europe and will also need shelters. Safe Place international will later on also open shelters in Brussels, Belgium and Berlin, Germany for refugees of the Ukrainian conflict.