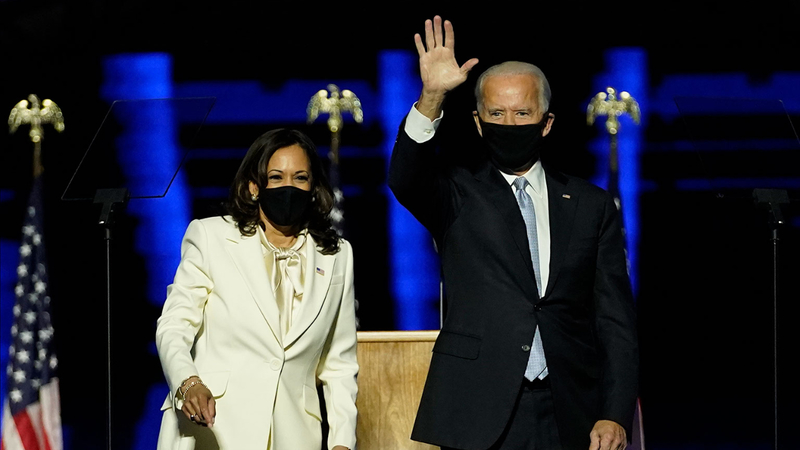 There are over 20 million Latinos eligible to vote in the United States, according to The Pew Research Center. It's a demographic that both President Trump and President-elect Joe Biden went after in the 2020 presidential election.

Now that Biden is the projected winner, many in the community are celebrating but also expectant.

"I feel like my vote counted and it's history in the making, and I was very proud to be part of it," said San Francisco resident Ryan Alvarado.

There was also a sigh of relief and expectancy among many Latinos in the Bay Area.

"He was the better option and I'm hoping Kamala Harris also keeps Biden more accountable and to see what we want to see. I just think that Trump was a crazy thing that happened to us," said San Francisco resident Kelly Ortega.

#Election2020 | According to @pewresearch there are over 20 million latinos eligible to vote.

Today many in the Latino community are feeling “relief and expectant” for the immigration reform Democrats have been promising for years.@abc7newsbayarea pic.twitter.com/zg4ZxyVus6

But this election also proved that there is no such thing as the "Latino Vote." Not all Latinos vote the same and more Latinos voted for President Trump in 2020 compared to 2016.

"When you think about the immigration patterns and why some people come from some certain countries and other countries, it's not just tied to their ethnicity but often class and what status they had in their country," said Jacobo.

Jacobo believes that what gave President-elect Joe Biden the edge with Latinos this time around was his promise during the last presidential debate for a pathway to citizenship.

For some Latinos, a Biden-Harris administration could be the telling factor to vote Democrat in upcoming elections, or Republican if those immigration promises are not delivered.