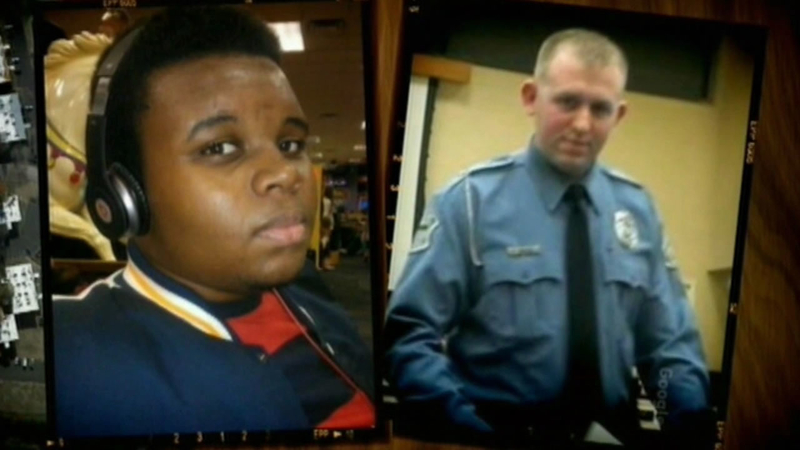 WASHINGTON -- A lot of attention is focused back on Ferguson, Missouri. A new report from the U.S. Justice Department blasted the city's police force for having a deep-rooted racial bias against African Americans.

But the report did not find enough evidence to prosecute Darren Wilson, the officer who fatally shot Michael Brown last summer.

"People feel under assault and under siege by those charged to serve and protect them," Attorney General Eric Holder said.

The over 80-page Justice Department report found a disturbing pattern of stops without reasonable suspicion, arrests without probable cause and using unreasonable force.

There were 161 complaints of excessive force between 2010 and 2014. Not one officer was disciplined.

A city official wrote in 2008 that Obama would not be in office very long because, the official questioned, "what black man holds a steady job for four years?"

The report has renewed calls for Police Chief Thomas Jackson to step down.

Also announced is that there will be no federal civil rights charges against Officer Darren Wilson.

Brown's parents reacted in a statement saying, "Today we received disappointing news from the Department of Justice that the killer of our son wouldn't be held accountable for his actions."

The statement went on to say they are happy that the Department of Justice is holding the Ferguson Police Department accountable for racial bias, saying if it creates change then their son's death will not be in vain.

ABC7 News talked to Contra Costa County Public Defender Matt Cutherbertson on Wednesday about the Ferguson report. He says he's not surprised by the findings, saying racial bias is seen every day here in the Bay Area.

"From misapplication of laws to over-application of a law to certain groups. Clients who are stopped for having a bike light but not having it fixed to their bike at the time. Clients who are stopped for not signaling within 100 feet of their turn. Over and over, those are the type of laws applied to our black and brown clients," Cutherbertson said.