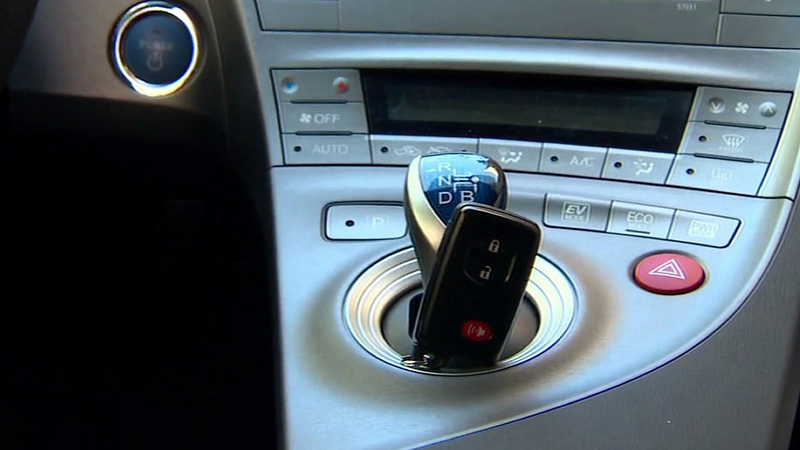 SAN FRANCISCO (KGO) -- Millions of people now have key fobs. Without having to take a key out of the ignition some people forget to hit the power button to shut off the car and that can have deadly consequences.

Each day, at least one person in this country is likely to leave their keyless car unintentionally running. An attorney who has filed several lawsuits over this issue says at least 11 people have died in the last few years because of it.

New York resident Mary Rivera recalls what life used to be like with her partner Ernie Cordelia.

In 2009, Rivera drove her car into her garage and accidentally left it running. She and Cordelia were in the house, overcome with carbon monoxide. Rivera's brother found Cordelia dead and her unconscious.

"It shook me to my core. I was very scared," said John Negron.

Now, Rivera can't get around without help from full time nurses.

Key fobs allow you to start and stop a car with a push of the button, but what happens if you forget to press the power button before getting out.

It only took about 90 seconds for a carbon monoxide detector to measure readings of 385 parts per million inside the garage at the San Francisco Fire Department. Continuous readings of 150 to 200 parts per million can cause disorientation, unconsciousness and death. It takes about three hours to fill an average sized garage with the deadly gas.

"As the garage fills up with carbon monoxide, it will eventually make its way into the hallways, through the walls," said Clyde Christobal with the San Francisco Fire Department.

At a public garage in downtown San Francisco, a parked car is found running at least once a month.

"I realize that my lights were on, so I went back to find out the engine was still running," Para said.

Firefighters in San Francisco evacuated an apartment complex on Russian Hill two years ago when someone left a car running. Pierre Bellevue lives right above the garage. He knows what could have happened if the fire department hadn't come.

"I probably would be dead," Bellevue said.

Consumer groups have called for an automated shutoff system. In 2011, the National Highway Traffic Safety Administration proposed an audible warning whenever a driver left a vehicle running.

"Since that rule was proposed in 2011, 11 more people have died," said attorney Noah Kushlefsky.

Kushlefsky represented Rivera in her case against Toyota, the parent company of Lexus.

The company settled out of court without admitting wrong doing and said both audio and visual warnings are activated in Rivera's Lexus when drivers exit without shutting off the engine. Still, Kushlefsy and Rivera think more needs to be done.

Rivera said she hopes "no one else has to suffer this."

The trade group the Alliance of Automobile Manufacturers say auto safety is its top priority and that "current keyless ignition system designs generally follow the recommended practices of the Society of Automotive Engineers."

The Alliance of Automobile Manufacturers declined an on camera interview.