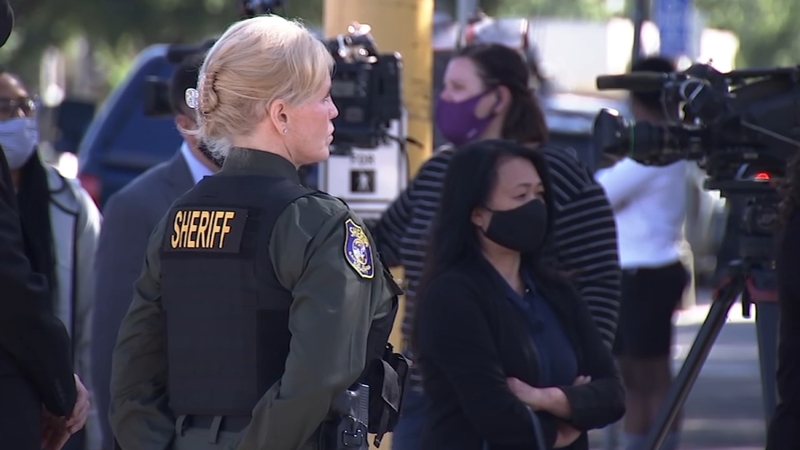 The move could lead to her removal as Sheriff after more than 20 years in office. Court documents detail accusations of seven corruption-related acts.

Accusations include allegations the sheriff was involved in political favoritism, trading favors to issue gun permits without full investigations -- And accusations she failed to cooperate with an internal affairs investigation surrounding the treatment of inmate, Andrew Hogan.

In 2018, the man suffered a head injury while being transported for psychiatric services. The case led to a $10-million county settlement.

In August, San Jose Mayor Sam Liccardo spoke out, calling for her resignation. Liccardo cited bribery, a "pay to play" culture and a mandate requiring officers outside the sheriff's department to turn off their body cameras when transporting suspects to the jail, among other things.

The civil grand jury filed the official declaration in Superior Court on Tuesday.

The jury started its investigation into the sheriff's office in October, after a request by the Santa Clara County Board of Supervisors. The BOS also passed a vote of "no confidence" against Smith just this fall.

Retired Captain Kevin Jensen, a candidate for Sheriff 2022, issued a statement that said in-part, "What has transpired for so long has caused much pain. Our community deserves so much better."

Smith is expected in court on January 12.

ABC7 News reached out to her personal attorney Tuesday night, but have not heard back.