'Who would do this?' 90-year-old Greek statue severely damaged at SF's Legion of Honor Museum 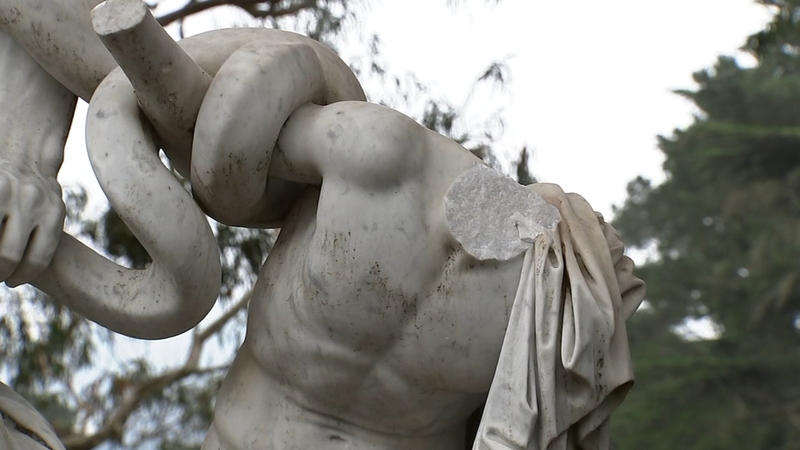 SAN FRANCISCO (KGO) -- There's outrage and disbelief over the vandalism of a statue at one of San Francisco's oldest museums. The Greek statue on the grounds of the Legion of Honor was heavily damaged this week.

Curators and members of the community are reflecting on the loss.

"Oh my God, who would do this?" said John Ringlemann.

Ringelmann can't believe it. He walks by the Greek statue almost every day on the grounds of the Legion of Honor Museum in San Francisco. But this week, the marble sculpture was vandalized.

"I don't know who these people are or what their end goal is, but this is a shame," said Ringlemann.

The crime is a major blow to museum curators.

"This is really sad, this is a loss to the museum and people of San Francisco because this is a piece of art that's been vandalized wantonly," said Legion of Honor European Arts and Sculpture Curator Martin Chapman.

After more than 30 years of controversy, San Jose City Council made it official on Tuesday. The Thomas Fallon statue is coming down.

"It shows the god struggling with serpents and his sons, not a happy subject matter," said Chapman.

The piece was given to the museum in 1930, it's a reproduction of a sculpture in the Vatican. Curators say San Francisco police are investigating the crime.

The museum says unfortunately, none of its exterior cameras captured the vandalism in progress. There are other statues on the grounds like Joan of Arc, luckily, not damaged.

Curators say, the sculpture could be repaired but that won't be easy.

"What we would like to do is recover the missing parts most essential and restore the object," said Chapman.

They hope a tip from the public could help solve the crime, a true Greek tragedy.