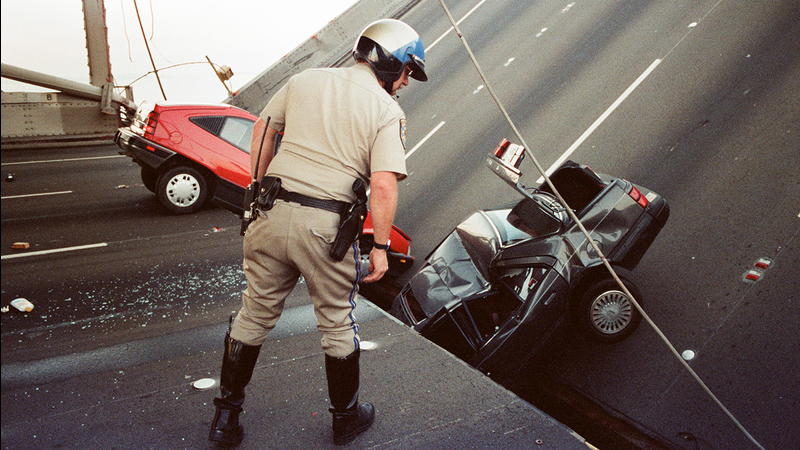 Today is the 30th anniversary of the Loma Prieta earthquake. The world was watching on TV when it happened. The magnitude 6.9 quake hit at 5:04 p.m., 31 minutes before Game 3 of the World Series between the A's and Giants was due to start.

There were 63 people killed, more than 3,700 people injured and up to $10 billion in damage. It caused massive damage in San Francisco's Marina District and also collapsed a section of the Bay Bridge and the Cypress Freeway in Oakland.

The epicenter was located near Loma Prieta Peak in the Santa Cruz Mountains.

The city of Oakland is commemorating the anniversary at the Cypress Freeway Memorial Park, the site of the collapsed freeway that took the lives of 42 people. Mayor Libby Schaaf spoke at the event where she reminded citizens to "honor, reflect and prepare" for the next major earthquake.

Gov. Gavin Newsom was Oakland this morning for the launch of the Earthquake Early Warning System. UC Berkeley's Seismology Lab developed the MyShake app, which uses ground motion sensors across the state to detect earthquakes before people feel them. State Senator Jerry Hill and representatives from UC Berkeley, the USGS will also be on hand for the launch.

Experts say this is a good day to make sure you are prepared. Check your emergency kit and make sure it has battery-operated radios, flashlights with extra batteries, a three day supply of food and water for everyone in the family and a manual can opener.

See more stories, photos and videos on earthquakes and the Loma Prieta anniversary.