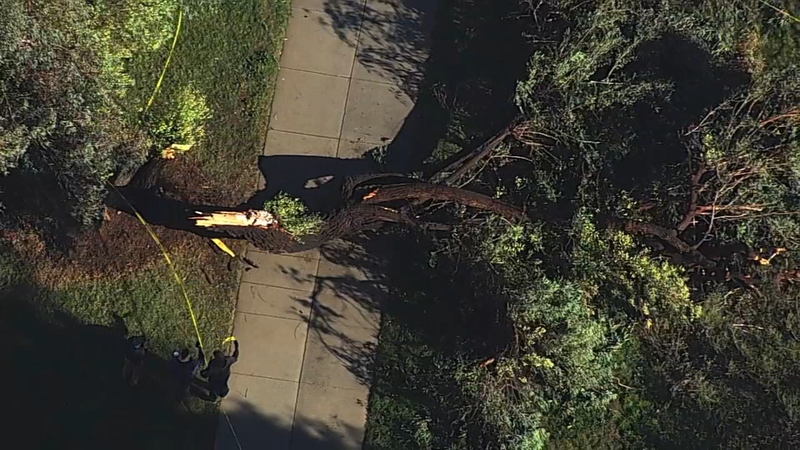 Firefighters responded to Los Paseos Park around 2:30 p.m for reports of a

In a tweet sent out by San Jose Fire, you can see a massive tree branch on the ground blocking part of a pathway.

Fire officials say the two teens suffered minor injuries and were transported to the hospital.

They say the branch fell during high winds.