Mario Woods' mom: 'I will never let you forget his name' 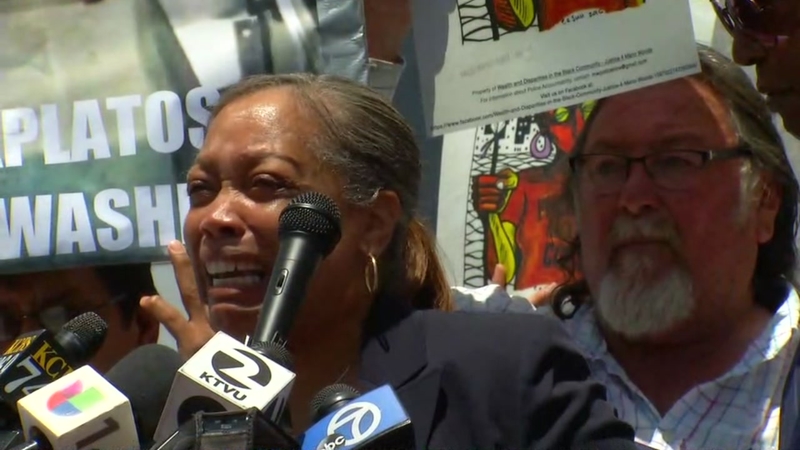 "I heard them say they had to stop Mario, no they didn't because they just went ballistic with the gun when our babies were coming home from school," Gwen Woods said during a press conference outside San Francisco's City Hall. "I love that kid and he's worth me fighting for, he was the best of me."

WATCH LIVE: Gwen Woods: "How do I live my life without this kid? They went ballistic with that gun...I loved that kid...Mario deserved a little empathy...You lied on his autopsy." https://t.co/DiEhaexJBK pic.twitter.com/XIQ6FCEgjx

Last Thursday, San Francisco District Attorney George Gascon announced that the officers involved in two separate deadly shootings will not face charges because under the law, no crime was committed.

The incidents were the 2015 shooting of Mario Woods and the 2016 shooting of Luis Gongora.
In a December 2, 2015 cellphone video, you can hear a woman yelling for 26-year-old Woods to put down the knife he was holding. Police said the knife had been used by Woods earlier against another man. Despite police shooting beanbag rounds at Woods, he never dropped it and police then fired 26 rounds.

And in the April 7, 2016 shooting, a witness said Luis Gongora Pat, 45, was holding a knife when confronted by police. A home security video doesn't show the moment Gongora was shot, but you can see when police arrived and you can hear how it unfolded only 30 seconds later with police shooting and killing Gongora.