EXCLUSIVE: Days after man robbed at gunpoint outside Oakland hotel another guest burglarized

He estimates the total monetary value of what was lost is around $4,000-$5,000, including three laptops.
KGO
By Dion Lim 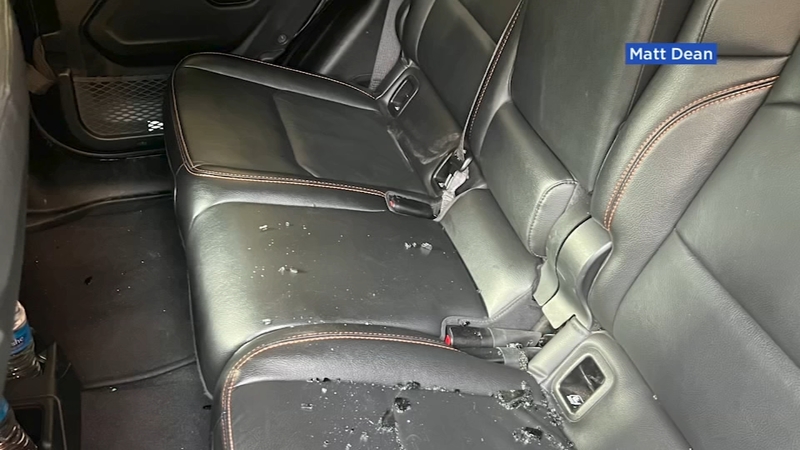 OAKLAND, Calif. (KGO) -- Just days after a brazen robbery at gunpoint was caught on camera outside an Oakland hotel, another guest is targeted in a smash-and-grab.

This story comes in the midst of the busy holiday season, when hotel occupancy is up. So when one Chicago mother saw what happened at the Marriott in Oakland last week, she warned her son, to be careful.

"She had actually sent the video of the article you posted," her son Matt Dean told ABC7 News. "She's always worrying about me and watching way too much news. I didn't think it would happen."

Dean is also a Chicago resident. He was visiting the Bay Area and Tahoe for work training and for a few days of snowboarding with his girlfriend.

He says he pulled into the Marriott around midday Monday to check in.

"I grabbed our suitcases and snowboard bag from back of truck... walked inside grabbed the key and proceeded to take our bags upstairs," Dean recalled.

Dean says within a matter of what felt like five minutes, he went back outside to park the car to retrieve the rest of his and his girlfriend's belongings. That's when he noticed a number of people gathering around his black rental vehicle.

"That's when I realized I lost three computers, a lot of work stuff and personal stuff," says Dean. He estimates the total monetary value of what was lost is around $4,000-$5,000.

ABC7 News reached out to Marriott to ask about safety measures at the hotel given these two incidents, and asked if there would be any compensation for Dean, who says he was offered free parking.

The hotel general manger sent back a statement, which reads:
"The safety and security of our guests and employees is always a top priority. We are aware of the incident reported today, but as it is a matter under police investigation, we would respectfully redirect media questions to the Oakland Police Department."

Dean and his girlfriend returned to Chicago Tuesday morning, but not without sharing this lesson, no matter how many people are in an area.

"There were at least five or six people. There was the door guy, a couple valet people and an older woman who was checking in her car and a few people in the check-in desk. I just want to send the message you can't leave your stuff unattended."

Law enforcement from different agencies have said there can be an uptick in crime during the holidays due to more people out and about celebrating the season, and shopping.